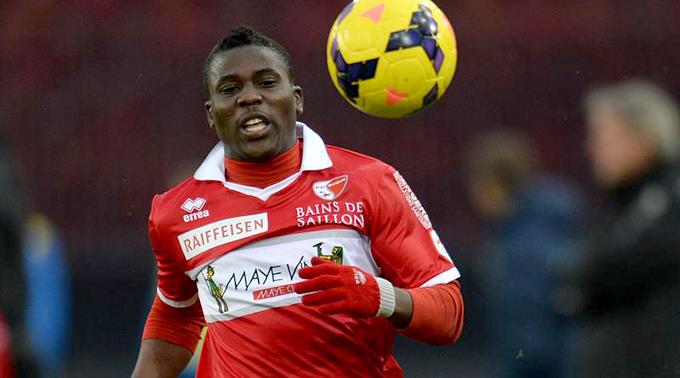 FC Sion attacker Ebenezer Assifuah is in the Ghana squad to face Senegal and Mali in an international friendly later this month but he could miss out of the game due to injury, GHANAsoccernet.com has learnt.?

The 21-year-old has been drafted into Avram Grant?s 21-man squad for the friendly double-header but he risks missing out of the game.

Assifuah, top scorer of the 2013 FIFA U20 World Cup, is currently struggling with a leg injury that has kept him out of action for over two weeks.

He will need to fully recover in time if he wants to travel with the Ghana squad to France for the games.

The former Liberty Professionals forward has managed just 208 league minutes since the start of the season and is yet to score.

He was in Ghana?s preliminary squad for the 2015 AFCON tournament but failed to make the final squad as Crystal Palace forward Kwesi Appiah and Norway-based Mahatma Otoo as well as the captain Asamoah Gyan were preferred to him.