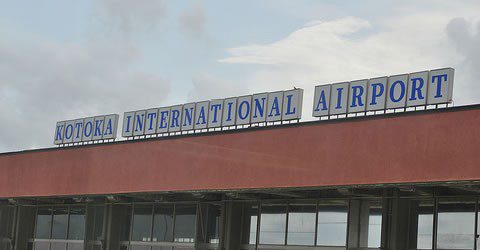 Checks at the Kotoka International Airport has revealed that there is no screening centre for Ebola at the airport, contrary to Thursday?s announcement by the Minister of Health.

Dr. Agyeman-Mensah announced that screening centres have been established at all entry points into the country.

According to Dr. Agyeman-Mensah?the disease surveillance system in Ghana has been placed on ?high alert through intensification of viral hemorrhagic fever surveillance, the field officers are on the alert to pick, package and transport specimens to the lab for confirmation.?

He further added that health officers at various ports have been given orientation in the detection of cases at points of entry.

?We have activated a system for screening all?passengers especially?from countries that have recorded cases,? Dr. Agyeman-Mensah indicated.

But?Citi News??reporters, Kojo Agyeman and Magdalene Lanyoh visited the Kotoka International Airport and reported that there is nothing at the airport indicative of a screening?centre?to test for any symptoms of Ebola from persons arriving in the country.