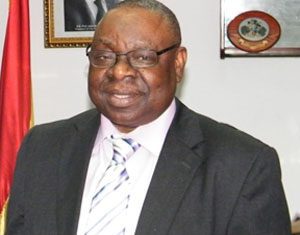 The Chairman of the Health Committee in Parliament and Member of Parliament for Wa West, Joseph Yieleh Chireh, has asked health authorities and the government to be on high alert over the possible outbreak of Ebola epidemic in the country because the disease, which had broken out in Guinea and Liberia, could easily ?cross? borders to Ghana.

The Wa West MP, who gave the warning in an emergency statement in Parliament yesterday, said health officials in Guinea and Liberia were struggling to contain the deadly Ebola which is a viral hemorrhagic fever that kills up to 90 percent of people who contract it.

?Mr. Speaker, the outbreak is close to home because neighbouring Liberia has reported six suspected cases of which five have already died ? four female adults and one male child –   and as we know, the Republic of Ivory Coast is the only country between Ghana and Liberia and more importantly, most Liberians have relations who have come to settle here,? he alerted.

He said in Guinea where the outbreak was first reported, 59 out of the 80 reported to have contracted the Ebola had died.

?Mr. speaker, this Ebola disease which is described as a ?molecular shark,? causes severe fever, muscle pain, weakness, vomiting, diarrhea and can cause key human organs to shut down, leading to constant bleeding,? he explained.

According to Mr. Yieleh Chireh, this is the first time the disease had been found in West Africa, adding that if West African countries did not find early antidote to it, it could devastate its human resource.

?The disease was first discovered in the Democratic Republic Congo (DRC) in 1976 and since then the DRC has had at least   eight major outbreaks,? he said, adding that the recent outbreak in DRC was in 2012 which left 34 out of 62 infected people dead.

He suggested that an urgent meeting be arranged between the Minister of Health, Minister of Interior, Minister of Foreign Affairs and the National Security Coordinator, to discuss the urgency of the situation and find ways to contain it in the event of outbreak in the country.

Meanwhile, in an answer to a question posed by the MP for Salaga North, Mumuni Alhassan, on what plans the Ministry of Health had to increase the supply of anti-snake vaccines to rural districts, the Deputy Minister of Health, Dr. Alfred Sugri Tia, said the government had taken note of the inadequate supply of the vaccine in the rural areas and that it was increasing the allocation of resources in the budget for the importation of West African Polyvalent Anti-snake Serum into the country.

Covid-19, HIV and AIDS school alert programmes to be revived

Guinea’s capital Conakry on alert after hours of heavy gunfire

Death Toll From Dengue Fever in India Climbs to 67

Pakistani border forces on alert after militants freed by Taliban

Pakistan immigration on alert after visas stolen from Italian embassy