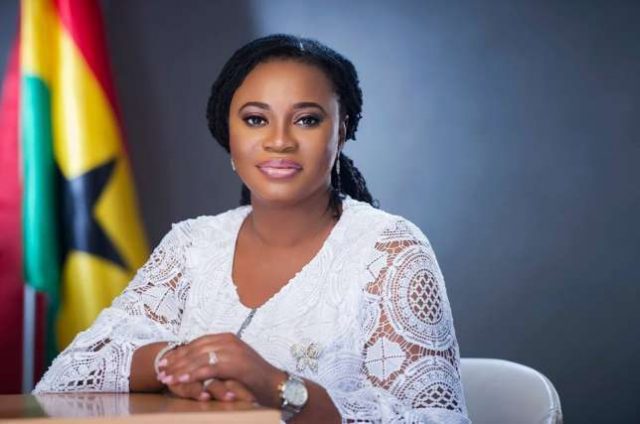 Mrs Charlotte Osei, Chair of the Electoral Commission (EC), has lauded the Forum for Actions on Inclusion, Transparency and Harmony (FAITH) Ghana on its work during the 2016 elections and compiling two reports on its work. She said the reports offered very important lessons for building Ghana’s electoral process, particularly in the use of Alternative Dispute Resolution (ADR), which was very useful to the Commission.

Presenting a review of the two reports, at a launch ceremony of the FAITH in Ghana Platform’s 2016 Elections Engagements Reports in Accra on Thursday, Mrs Osei said the lessons highlighted in the report showed that some things could be done better by the Commission. She commended the work of civil society organisations (CSOs), including Faith-Based Organisations (FBOs), without which the EC would not be able to deliver successful elections.

“Faith Based Organisations have played a very, very key role. Of course a lot of their work is not seen but is very important,” she stated. She said the reports on their engagements during the elections would allow Ghana to document what happened, learn from shortfalls and improve them, and sustain the things that were done well.

Mrs Osei said while she did not agree with everything in the report which she reviewed, she agreed with most of it. The reports, she noted, provided important guidelines, for FBOs and other institutions with key roles to place in society, on ADR, which was also very important for the EC.

“I found the documentation of pre and post election disputes very important; some I had even forgotten about.”  She explained that this, along with the section on ADR, provided a framework for the EC, to avoid some litigation.

“These reports that we are launching today ensure that we can all review what we did last year and help work towards better elections in Ghana, strengthen our democracy and ensure social cohesion in national development in also strengthen,” stated Mrs Osei.

The Report, Findings and Recommendations

Led by the National Catholic Secretariat, FAITH launched two reports: Transforming Religious Differences and Experiences for social Cohesion and Democratic Governance: A Report on the Role of an Interfaith Platform in the 2016 Elections in Ghana.

The report, focused on the value added by FBOs in the 2016 electoral cycle.  The FAITH Platform was able to issue credible early warning conflict surveillance and also effectively deployed ADR.

“There is great value addition if civil society engagement is diverse in scope, approach and content.”

The second report on “Lessons learnt and best practices from an interfaith co-operation for the 2016 Elections engagements In Ghana”, challenged the notion that different religious groups cannot work together and highlighted the key lessons learnt including the efficacy of the interfaith platform as a tool for building national consensus and policy advocacy, fostering gender inclusion, the convening capacity of the platform and the use of its early warning signs reports for engagements with election stakeholders.

It recommended, among other things, that the formalisation of the interfaith co-operation to ensure that the influence of faith leaders was leveraged for improved policy delivery and election outcomes and the involvement of interfaith cooperation by the EC in public education in all phases of the election cycle.

Professor Baffour Agyeman-Duah, who chaired the launch, expressed the need for continuous improvement in the organisation of elections especially in light of challenges that could potentially jeopardise elections.

He said technology posed a major challenge, in light of events, including those in the United States where Russia was accused of influencing the elections that saw Donald Trump become President.

He said Ghana would have to find ways securing its elections using technology.

He also highlighted the problem of funding for elections, and election related activities, as Ghana matured and donor aid dwindled and proposed the use of taxation to mobilise funds for elections.

Prof Agyeman-Duah expressed the need for CSOs and FBOs to examine news ways of maximising their potential, through platforms like FAITH in Ghana, among others.

The Interfaith co-operation project was implemented by the National Catholic Secretariat of the Ghana Catholic Bishops’ Conference from April 2016 to June 2017, funded by STAR Ghana.

Institutions who participated in the project include the Office of the National Chief Imam, Ghana Pentecostal and Charismatic Council, Christian Mothers Association, Federation of Muslim Women’s Associations and the Ahmadiyya Muslim Mission in Ghana.

Christians charged to keep faith in promises of God