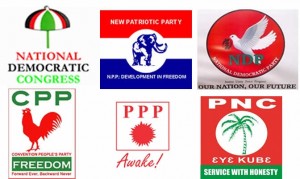 The Electoral Commission has requested all political parties that participated in the last three by-elections in the country to submit to it, their respective detailed expenditure on the elections. Quoting Section 14(2) of the Political Parties Law, the Commission said every party that contest a by-election, is required to submit a detailed report on the how much it spent on the by-election six months after.

Consequently, the Commission has asked all the parties that took part in the Talensi, Amenfi West and Abuakwa North by-elections to comply with the law by submitting their expenditure to the Commission.

Although its nine months since the Talensi by-election, it is not clear whether the political parties have complied with the law. The Commission in its statement issued Tuesday failed to state whether that has been fulfilled.

The statement which was issued and signed by Deputy Chairman of Operations of the EC, Amadu Sulley,also asked all registered political parties to submit their audited accounts for the year.

Again, the Commission per section 15(1) of the law wants all political parties that have been issued with a final certificate of registration within the last 90 days to furnish it with details of its existence and location of its officers at the national, regional, district and constituency levels

“All registered political parties should ensure that the requested information is received by the Commission by the close of work on May 31, 2016, failing which sanctions will be applied in accordance with the law,” the statement warned.