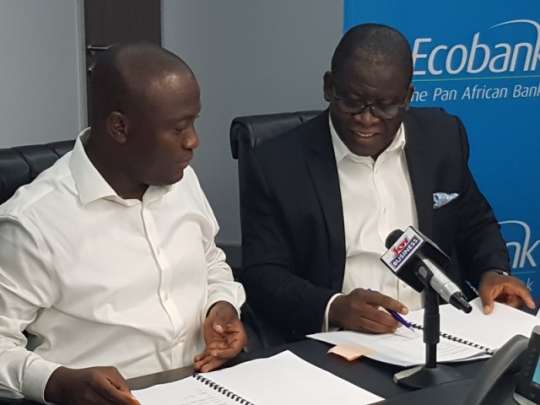 Ecobank Ghana has signed a Memorandum of Understanding (MoU) with the Accra Metropolitan Assembly (AMA) to beautify some iconic areas in Accra.

Under the deal, Ecobank will, within the next the five years, adopt and invest in the cleaning and greening of the Africa Liberation Circle and the median, up to the traffic light adjacent the National Theatre.

Speaking at the signing ceremony, Mr Daniel Sackey, the Managing Director of Ecobank Ghana, said the MoU represented an effective collaboration between the public and private sectors to drive government’s agenda of beautification of the City of Accra.

“Indeed the signing is the first step towards the actualisation of AMA’s Accra Beautification Project,” he said.

“In signing this agreement, we are accepting the responsibility to work with AMA and other service providers to ensure that we keep the adopted area clean and green,” Mr Sackey said.

He said the AMA’s Accra Beautification Project forms part of the Bank’s 30th anniversary celebration in March, this year.

“We at Ecobank have always been very much interested in supporting sustainable environmental projects,” he said.

Mr Sackey urged the public to work with stakeholders to ensure the area remained tidy and encouraged other corporate institutions to adopt other locations within the city to make Accra the cleanest city on the continent.

Mr Mohammed Adjei Sowah, the Mayor of Accra, pledged the Government’s commitment to giving the capital city a facelift.

“We want to create a significance of a place where money talks; a place where when you walk around it looks like the Ecobank building.”

Ecobank Ghana, in partnership with both international and local organisations, had embarked on many projects over the years towards achieving environmental goals with positive impact.

In 2019, for instance, the Bank collaborated with some agencies and private sector participants such as the Ministry of Sanitation and Water Resources, the Universal Plastic Product and Recycling Company and the Environmental Service Providers Association to facilitate the distribution of one million waste bins to households.