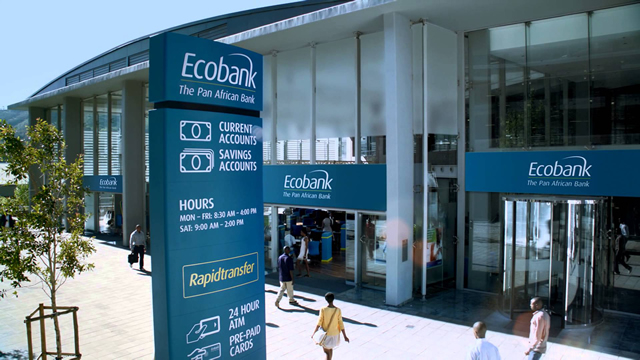 ECOBANK brought its three-month-long Double Salary Promo to an end after having rewarded some 244 customers with double salaries and other packages over in three draws.

The promo, which was run on the National Lotteries Authority (NLA) Caritas platform, saw some 86 customers win in the first draw, then 76 in the second and 82 in the final draw.

Winners were selected in an open digital draw managed and supervised by NLA at live events.

Executive Director for Consumer Banking at ECOBANK, Dr. Eddy Botchwey noted that as the bank that had the largest deposits and biggest loan book in 2021, ECOBANK felt the need to reward its loyal customers who made that feat possible and also encourage others to join the ECOBANK family.

Interested persons had to either open new salary account with Ecobank or convert their current accounts at Ecobank into salary accounts within  the promo period in order to qualify for the benefits.

He said that was a clear sign that the initiative ECOBANK took was relevant for its customers and for Ghanaians and that encouraged the bank to do more of those.

Dr. Botchwey noted that whereas the promo has ended, some components of it, like the life insurance cover is still active and people who open and or continue to run their salary account with ECOBANK will continue to enjoy those packages.

”Clearly this is a good time to be an ECOBANK customer and to let your salary pass through our bank – so I encourage all and sundry to join the ECOBANK family and benefits from the juicy packages on offer,” he said.

He also assured current and prospective customers that once the Double Salary Promo over, they can look forward to other very rewarding packages in the course of the year.

Head of Consumer Banking at Ecobank Ghana, Nana Yaa Gyapong reiterated the point that even though the promo is over the life cover of up to GHC10,000 is still available for customers, adding that the policy covers death, permanent and temporary disability, critical illness, hospitalization and retrenchment.

She said customers with salary accounts also get free access to Ecobank’s digital channels and also get to save while they spend  on their account.