By Qiang Wei from People’s Daily

China’s President Xi Jinping will kick off a three-day state visit to Finland on April 4. The upcoming trip, which is his first visit to northern Europe as head of state, is believed to uplift bilateral relations. 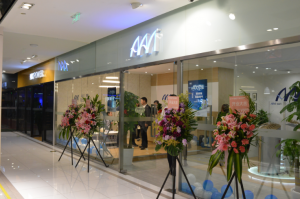 Sharing traditional friendship with China, Finland was among the earliest Western countries to establish diplomatic ties with China, and also the first Western nation that inked an inter-governmental trade agreement with China.

Wang said that the direction of bilateral ties has been clarified after Xi and his Finnish counterpart Sauli Niinistö reached important consensus to build a new type of future-oriented cooperation partnership in 2013.

It is believed that Xi’s upcoming visit will elevate China-Finland relations, deepen the collaboration between China and Northern Europe, and contribute to the four major China-EU partnerships featuring peace, growth, reform and civilization, Wang told the press.

The economic and trade exchanges between China and Finland have a time-honored history. The inter-governmental trade and payment agreement they inked as early as 1953 was the first of such kind between China and the capitalistic West world.

The European nation also granted China treatment of Generalized System of Preference (GSP) in 1980. So far, China has remained as the largest trade partner of Finland in Asia for consecutive 13 years, while Finland was also China’s biggest trading partner in Northern Europe for years.

In terms of commodities, Finland exported machinery and paper pulp to China, while at the same time imported clothing, home appliance as well as electronic devices from the latter.

Innovation has now become a highlight in their economic cooperation, which can be evident by several big deals related to innovation industries.

After the Beijing-based Synergy New Energy Technology Service Co.Ltd. acquired 85 percent stakes from the Finnish air cleaning expert AAVI Technologies in 2013, the air cleaning equipment developed by them has been put into production in 2016.

Finnish entrepreneurs are also encouraged by the business opportunities brought by China after the country decided to shift its economic growth towards an innovation-driven, sustainable and environment-friendly model.