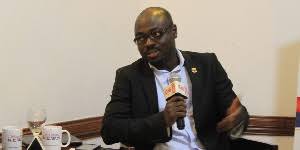 Dr Lord Mensah, an Economist and Senior Lecturer of the Department of Finance, University of Ghana Business School, has urged the Government to be strategic and realistic with its financial projections for the 2020 Budget.

He asked government to refrain from tying capital investment projects to monies it was not sure of receiving.

“We cannot have a budget of about US$13 billion deficit with two billion coming from a source you’re not sure of, which means that, the deficit is about one-sixth of the entire budget or 18 per cent.

“This is risky because should you fail to receive all the monies, it will jeopardise all your infrastructure projections,” the Senior Lecture observed.

Dr Mensah told the Ghana News Agency in Accra while analysing government’s performance for last year’s Budget, ahead of the presentation of the 2020 Budget Statement to Parliament on Wednesday, November 13.

The Senior Lecturer entreated Government to be consistent with its tax policy because the inconsistency in taxing businesses and Ghanaians in general created fluctuation in revenue mobilisation drive, which could negatively affect investor confidence in the Ghanaian economy.

“The inconsistency in taxation could affect investor confidence because he does not know where government is going to bite for the next taxes, therefore that kind of inconsistency regarding sources of taxes creates investor discomfort,” he stated.

Dr Mensah said it was imperative to have the roads in good shape so that farmers could transport their food stuffs from the hinterlands to the market centres, but should be done moderately, in order not to throw the budget overboard and pay high penalty in the near future.

“We can see deterioration of some existing road networks across the country, and so without capital investment, it will be difficult to make any headway in developing the national economy,” he stated.

Dr Mensah, however, lauded government for doing well with the operational aspect of the budget and cited social investments like the Free Senior High School (FSHS) and the payment of some statutory arrears as classic examples of government’s high points in the budget implementation.

Currently, the FSHS Policy is benefitting 1.2 million students across the country, with government spending about three billion Ghana cedis towards its implementation in the past two-and-half years.

The Senior Lecturer averred that while government may try to satisfy Ghanaian electorate in the 2020 Budget Statement, especially being an electioneering year, it might borrow unnecessarily.

“So we’re going to see road construction, refurbishment and repair works across the country, and that is a way to appease the electorate because government knows very well that, Ghanaian electorate vote based on tangible projects, which they can see and feel”.

“…But it seems without Sinohydro money, there is “no life” in this country, and that’s why government must be realistic in the 2020 Budget and not to raise the hopes of Ghanaian electorate so high,” he advised.

“You know that already the signals are clear on the ground that we’re reaching a threshold in our debt build-up and it’s becoming dangerous, but there is likelihood government might exceed its expenditure next year because we know the trend over the years,” Dr Mensah noted.

The Senior Lecturer cautioned that, should government failed to stick to its plan of holding onto a “tight budget” in an electioneering year, it could plunge the nation into economic mess…”And we may run once again to the International Monetary Fund for support and that will not augur well for the country”.

Dr Mensah lauded government for being bold steps to implement the FSHS within the first year in office, however it should not bank all its hopes on the Policy to win next year’s elections because the recent increases in petroleum products and utility tariffs have had consequential effects on food prices and other social services, which eroded the financial gains of the Policy on Ghanaians.

“…And so if we don’t take care, the expected impact of the FSHS might not be felt by the masses because it’s like cushioning me somewhere and trying to crack the whip at the other part of my body and so it‘s very dicey to think the Policy will win you the election,” he stated.

Dr Mensah advised government to decentralise the FSHS implementation so that items supplied to students would be done at the local level to create jobs for the local economy.

Meanwhile, government had assured of its commitment to maintain fiscal discipline and would not allow election pressures next year to overrun the budget.

Mr Kojo Oppong Nkrumah, the Information Minister, addressing the media at Peduase Lodge after crunch Cabinet meeting, said the Akufo-Addo-led government had resolved to comply with the Fiscal Responsibility Law that capped budget deficit at five per cent.

Vice President Dr Mahamudu Bawumia on Monday, November 11 announced that the rest of the US$649 million being the first tranche of the Sinohydro Bauxite Barter Agreement had been released for infrastructural development.
The amount forms part of the two-billion-dollar Sinohydro Master Support Project signed between the Government of Ghana and the Chinese Government in 2017.