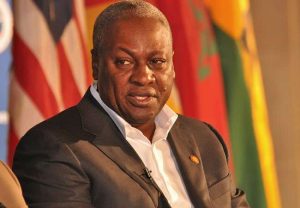 For most ordinary Ghanaians, their expectations of the new president-elect, Nana Addo Danquah Akufo-Addo, is to have an economy on a sound footing, jobs for ordinary people and lower utility and transport fares.

Stephen Awuku, whose business of preparing fast-food collapsed under increasing cost of products voted for Akufo-Addo to see a change in the direction of the economy.

“I was running a fast-food business but due to the increase in the products, the business collapsed. So I think it is time for us to get a change, so I took that step and voted for Nana Akufo-Addo and by the grace of God, we’ve won it,” he told Xinhua in a jubilant mood.

He hoped the newly elected president will not disappoint them as people are crying for change in their conditions.

Infrastructure provision, according to Emmanuel Anorkwa Darlyn, a self employed young man, is the responsibility of every government, but that must not be the basis for votes for any government.

He argued that although it is right for every government to build roads, looking for votes based on such projects would be a mirage.

Building a better economy with job creation and lower tariffs were at the heart of the 2016 electioneering campaign for all the political parties.

Sarah Okaine, a teacher by profession, voted for the new president-elect because she expects a change in the rapid increases in transport fares and other utilities as well as create jobs for the jobless.

On the streets of the capital, crowds of young and old are seen in the red, white and blue colors of the New Patriotic Party (NPP) whose candidate won the presidential polls, jubilating with loud music to celebrate the victory of Akufo-Addo in Wednesday’s polls.

While many do not think the provision of infrastructure should be the main concern of any government, Badua George Kwarpong, a pensioner thinks otherwise. He expects that the incoming government to spend on road construction in rural areas, especially the cocoa growing areas.

For many domestic and commercial users of electricity, Mama Lyne, a shop owner sums up their expectations of the in-coming president.