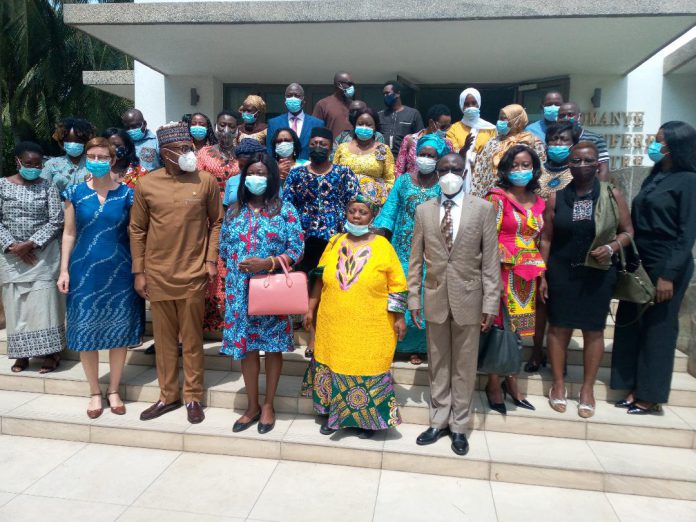 The United Nations Development Programme (UNDP) in collaboration with ECOWAS, has commenced a three-day capacity building programme to equip women with knowledge and skills to grab opportunities in the African Continental Free Trade Area (AfCFTA).

The participants were selected from across ECOWAS Member-States and expected to after the training, build the capacities of other stakeholders in their respective countries to enable a significant number of enterprises, including women owned businesses to take advantage of AfCFTA.

“Women are Africa’s traders…If you look at any market, and in fact any border of this continent. The majority of traders will be women, however, women remain at the lower rung of the value-chains in the agricultural sector, when trading in goods, women often sell primary and perishable agricultural produce,” Mr Frederick Mugisha, an Economic Advisor, UNDP, said.

“Similarly, in services, women are often found in lower rungs of the ladder in the hospitality industry. In essence, the AfCFTA must account for and address the challenges that women face,” he said.

The UNDP work programme on the AfCFTA, he said, was, therefore, focused on making the AfCFTA work for women and the youth who had the potential to drive the transformation of Africa’s economies.

Mrs Kosi Yankey Ayeh, the Chief Executive Officer of the Ghana Enterprises Agency, formerly the National Board for Small Scale Industries, said the contribution of women to trade was much lesser than expected because of non-tariff barriers that impinged heavily on the trading activities of women and women-owned enterprises.

Mrs Ayeh said women, engaged in cross-border trade were inherently encumbered with issues of harassment, violence, confiscation of goods, imprisonment, delays at the border, bribery and corruption including coercion into paying unapproved fees.

“These barriers often push women traders and producers into the informal economy where a lack of access to finance, information and adequate training jeopardises their capacity to grow and develop their businesses,” she noted.

The commencement of trading under the AfCFTA, would therefore, enhance the business prospects for women to unlock the potential to grow their businesses from micro to macro enterprises.
Mrs Ayeh suggested that issues of women and gender be effectively mainstreamed into the development of national policy framework and implementation plan from harnessing the benefits of the agreement.

This approach would arguably and inevitably guarantee the realisation of the potential benefits to the private sector, women and micro, small and medium-sized enterprises.

Others were access to efficient system to address technical barriers to trade, solutions to cross-border payment system and easy access to finance.

Dr. Siga Fatima Jagne, the ECOWAS Commissioner for Social Affairs and Gender, in a statement read of her behalf, said West African women traders on the average were less informed on trade rules and regulations and had great concerns about border security and infrastructure, which needed to be addressed.

GUTA Weeps Over Their Bleeding Businesses