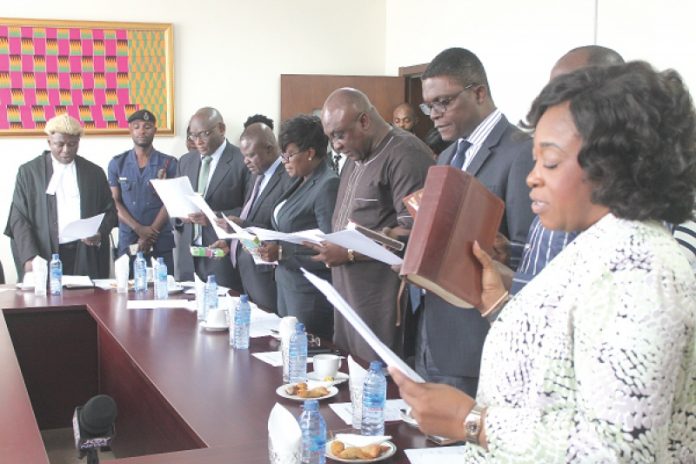 President Nana Addo Dankwa Akufo-Addo has appointed the Executive Director of the Institute for Democratic Governance (IDEG), Dr. Emmanuel Akwetey as one of the 13 Advisory Board members of the Ministry of Foreign Affairs and Regional Integration. 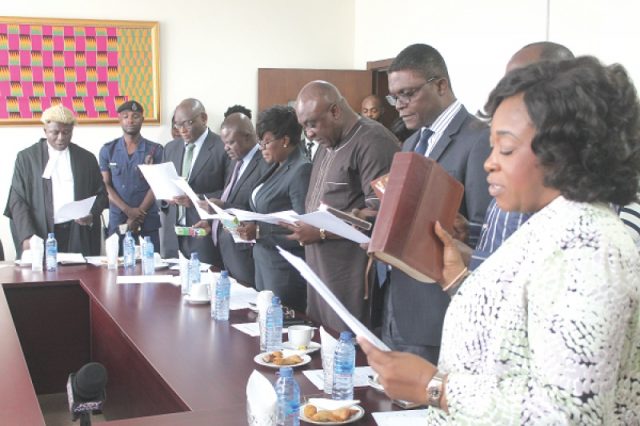 The board, under the chairmanship of sector Minister Shirley Ayorkor Botchwey, is tasked with overseeing the overall policy direction of the ministry, strengthening its structures and streamlining the operations of the country’s missions, honorary consulates and consulates general worldwide.

They were inaugurated and sworn into office by Justice George K. Koomson, Justice of the High Court in Accra on 3 August, 2017. They took the oaths of office, secrecy and allegiance.

“We will also develop strategic alliances with neighbouring countries to address issues of common concern such as drug and human trafficking, the proliferation of small arms and light weapon, maritime piracy and the threat of Boko Haram and other terrorist activities.” The minister assured.