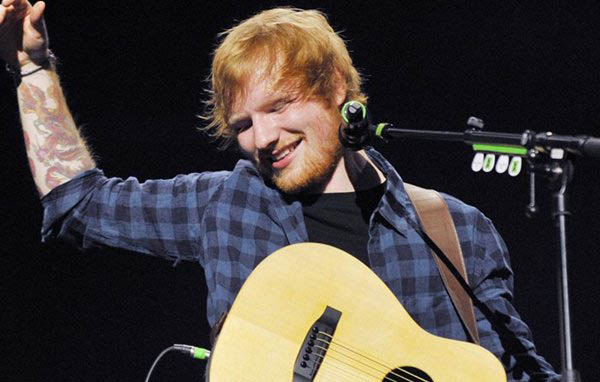 Ed Sheeran treated fans to a brand new song while he made a tour stop in New York recently. The British superstar debuted live the track reportedly titled ?Sweet Mary Jane? while he was taking the stage at the Forest Hills Stadium.

Backed by his own acoustic guitar and a loop pedal, Sheeran sang about his love for marijuana a.k.a. Mary Jane. ?I woke up early looking out my window at the Amsterdam sky/ Oh baby, I was high last night/ Cafe clouds and red lights,? he said. Elsewhere, he added, ?I?m so damn high/ Have you seen my eyes??

Sheeran has been on his ?X? tour, which was launched in support of his 2014 album of the same name. On Friday, May 29, the 24-year-old singer stopped by ?Good Morning America? to perform live some singles off the Grammy-nominated full-length, including ?Don?t?, ?Thinking Out Loud? and ?Photograph?.