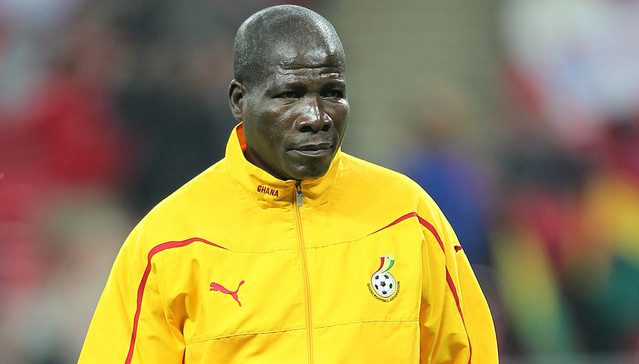 Hearts of Oak Head Coach, Eddie Ansah has expressed gratitude to the entire Hearts of Oak family for their support in helping the team to escape relegation.

The former goalkeeper?s trainer of the Phobians thanked all fronts that contributed directly or indirectly to the success of the club insisting they all played key roles in getting the club to where they placed at the end of the season.

?First of all I would like to thank the Lord for how far He brought us, taken us out of the relegation zone, and also to Togbe Afedeh, former board and management members, supporters, playing body and all the technical staff, who helped us out of this battle,? Eddie Ansah said.

The Hearts of Oak stop gap coach believes that without the support the team enjoyed from the Phobian fraternity, the club could have gotten themselves relegated and was extremely thankful to them all.

?We experienced really difficult times this season which could have taken us tot relegation but the board, management and playing body stood to the challenge. We must be extremely thankful to everyone for their support,? he concluded.

Accra Hearts of Oak finished 4th on the just ended league with 43 points from eleven wins, ten draws and nine loses, scoring 36 goals and conceding 31 in the process.