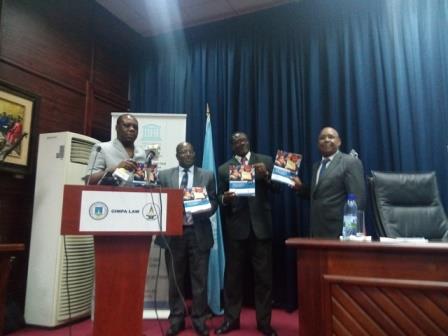 Professor Jonathan Fletcher, the Dean of the School of Education and Leadership at the University of Ghana, has said all stakeholders in education have specific roles to play for the betterment of the sector.

He said education was an area, where all players must come together with an effort to make it easily accessible to all with quality in mind as it touched on all the Sustainable Development Goals.

He was speaking at the National launch of the United Nations Educational, Scientific and Cultural Organisation (UNSECO) GEM 2017 report on Tuesday in Accra, which was on the theme: “Accountability in education: Meeting our Commitments”.

He said stakeholders accountable to the success of education in the country included; the government, schools, teachers, communities, students adding they all have roles to play.

Commenting on the report, he said while globally, 86 per cent of teachers were trained at the primary school level, it was 56 per cent in the case of Ghana but the rate for secondary education was 74 per cent.

He added that in the sub-Saharan Africa, only 22 per cent schools had electricity while data on that was not available for Ghana but promised that a research would be conducted to make it available.

He said that in half of 148 countries, less than three-quarters of primary schools had access to drinking water while the rate of basic water in the case of Ghana was 57 per cent.

On his part, Dr Matthew Opoku Prempeh, the Minister of Education said the report came at the right time as parliament was going to deliberate on the proposed education law in Ghana.

Dr Opoku Prempeh reiterated that the issues surrounding education was a shared responsibility saying, “we have to put our minds together and change the direction of our education”.

It looked into accountability mechanisms that were used to hold governments, schools, teachers, parents, the international community, and the private sector accountable for inclusive, equitable and quality education.

The report said lack of accountability opened the door to corruption, and that setting and enforcing regulations ranging from contract tendering to teacher qualifications were significant to equitable quality education.
GNA/Newsghana.com.gh