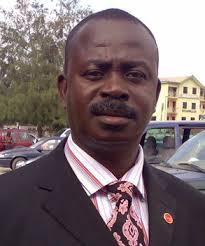 The development of education is the responsibility of all stakeholders, he said, at this year’s Kramer Scholarship awards programme of the Takoradi International Company (TICO) and the TAQA Generation International Operating Company at Inchaban near Takoradi.

Some 270 children from primary to senior high schools were presented with scholarships estimated at $50,000 at the ceremony, which was under theme: “Enhancing Human Resources in the Community; The role of corporate institutions and other stakeholders”.

Mr Gyan and Madam Nesha Alaoui Mhammdi, Ambassador of the Kingdom of Morocco to Ghana, the guest of honour, later commissioned two 3000 kg gas tanks and a kindergarten provided, buy TICO and TAQA at the Sekondi School for the Dear and in the Inchaban Community respectively.

Mr. Gyan said the government would continue to invest in education in order to improve the country’s human resource base.

He commended TICO and TAQA for their shining examples and urged other corporate bodies to follow their steps.

Mr. Dan Dexter, Vice President of TAQA in-charge of operations, said the company had great interest in the development of the countries and communities in which it operated.

Therefore, he said, the company would always appoint personnel who had the development of the Shama District and the country at heart.

Mr. Appiah said the BECE results of the district had improved as a result of the mock examinations.

Nana Osafo Kantaka, General Manager of TICO, expressed disappointment that a community library constructed and stocked by the company at Shama was not being utilized.

He said the Dexter Library built in 2006 had valuable resources for gaining knowledge and urged the community to patronize the library.