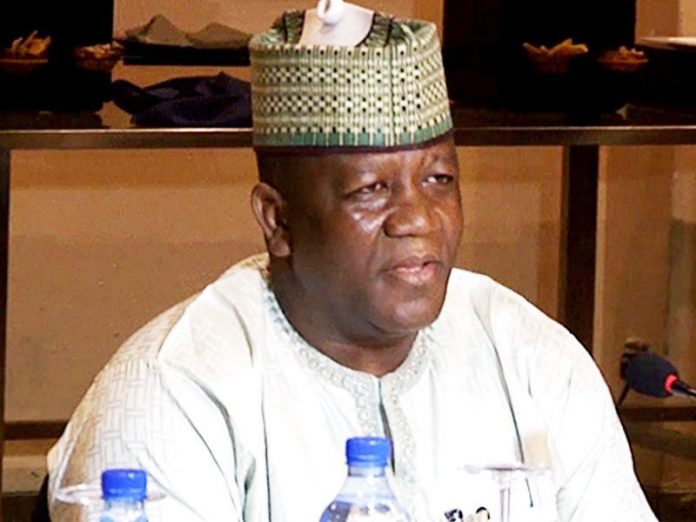 Gov. Abdulaziz Yari of Zamfara has set the stage for a potential showdown with the Economic and Financial Crimes Commission (EFCC) chairman for accusing him of diverting part of Paris Club loan refunds.

“I am going to ‎write to the Federal Government that enough is enough; that either the EFCC does its work or we do a show down with it.”

He warned that there has been far too much tolerance of the chairman’s excessses.

“You can’t just because somebody wrote a petition, then, you say you are working on it without doing your own due diligent investigation,” Yari said.

He said while governors on the forum`s platform were in support of Federal Government`s stance against corruption, they were, however, opposed to the commission`s style of fighting the menace.

The governor urged EFCC to concentrate on the fight against corruption rather than the pursuit of personal vendetta.

He said the forum might set out plans to crack down on the commission.

Speaking on project implementation in states, the governor said; “I believe EFCC‎ does not have its own engineers to quantify to know what is exactly on ground“.

He said project cost deferred from state to state because of their different geographical terrain.

“You cannot say the price of things in Rivers should be the same in Zamfara or somewhere else.

‘’The terrain is entirely different so is the cost and risk which should be taken into consideration,” he said.

The governor further said if the commission suspected that any state project was over-inflated, it should engage the services of a quantity surveyor to ascertain the truth position of thing.

According to Yari, there is a procedure for every project to be executed by any governor before a contract is awarded.

“Like in Zamfara, we have finance and general purpose committee which is in charge of tender and some states have tender board where the work is initiated from.

“There is documentation, memo raised, approved by the council and finally assented to by the ‎governor. “

Yari is accused of diverting N500m and $500,000 from the Paris Club refunds made by the Federal Government, in favour of the 36 states of the federation, to personal use.