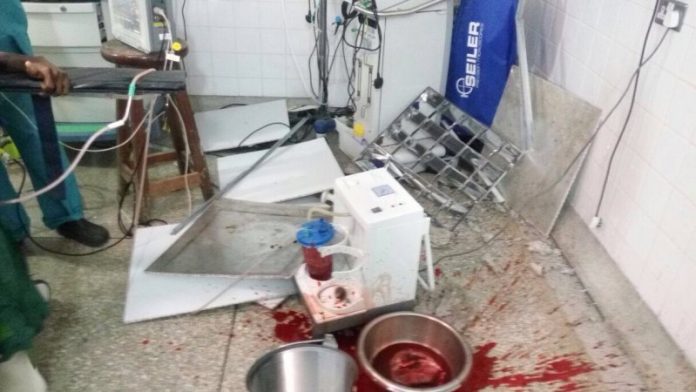 The Obstetrician and Gynecology theatre at the Effia – Nkwanta Regional Hospital is still not in operation weeks after the ceiling caved in.

The roof of the hospital’s surgical ward reportedly caved in after a downpour, disrupting an operation which was underway.

Deputy Administrator of the Hospital, Habib Ganiyu, told Starr News elective surgeries are affected as the hospital has limited theatre.

Ganiyu is hopeful the theatre will resume by close of week.