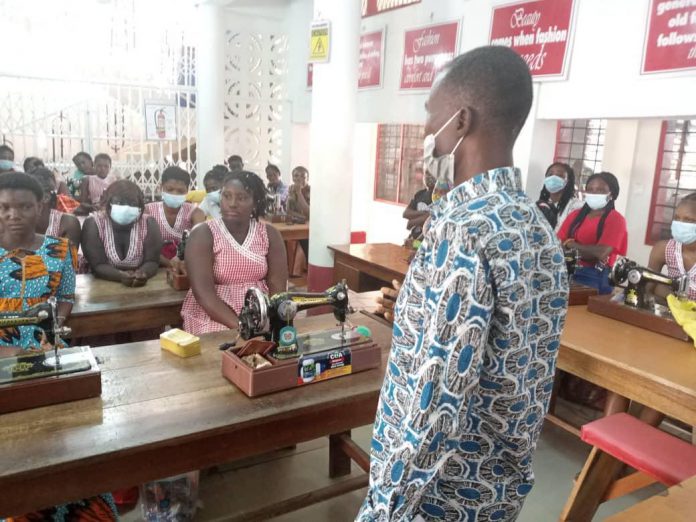 The National Commission for Civic Education,(NCCE), on Friday said it is about time Ghanaians rekindle the spirit of unity, cohesion, and peaceful co-existence for nation-building.

Mr Peter Abban, Effutu Municipal Director of the National Commission for Civic Education, (NCCE), made the call at separate engagement with identifiable groups including, market women, hairdressers, dressmakers, and also at local FM stations in Winneba township to commemorate the 2021 constitution week.

The day was under the theme “We are one, Ghana first”.

He said, unity and national cohesion as well as building the nation was a shared responsibility and it behooves every individual and institution to contribute their quota towards its achievement.

Mr Abban informed the gathering that the Constitution Week celebration was one of the NCCE’s flagship programs initiated in 2001 with the rationale to commemorate the country’s return to constitutional rule after a long-standing military rule.

It was also to remind Ghanaians to uphold the constitution as the indispensable law of the land and encourage them to defend and protect it.

“As a nation, we failed in adhering to the adopted values and principles captured in the preamble of the 1992 Constitution, which includes, Liberty, equality of opportunity and prosperity, freedom, justice, probity and accountability, respect for rule of law, and respect for fundamental human rights and freedom”.

According to Mr. Abban, the failure was a result of the existing political system which tend to divide the people, issues of ethnocentrism, religious fanatism, chieftaincy disputes, and many others borne out of greed, self-centeredness, the quest for power and fame among others which were threatening the very foundation of the nation’s unity and cohesion.

He called for strong interest for the nation as the topmost priority and strict respect for national values and principles to be adopted to help achieve national unity and cohesion.

He further emphasised the need for all to study the constitution and be fully abreast with the contents to guide them in all their endeavours.