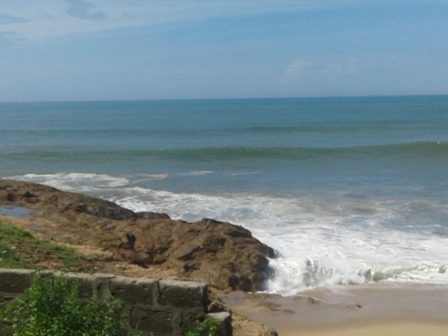 Egypt is currently expanding the establishment of seawater desalination plants to reduce its water deficit as the country’s population is increasing steadily and negotiation on the Grand Ethiopian Renaissance Dam (GERD) drags on.

Egypt has entered a stage of water scarcity with annual water quota per capita less than 550 cubic meters, according to official statistics.

“The housing ministry has been building more desalination plants, especially in the seaside provinces, which have to establish long-distance lines to transfer water from the areas near the Nile River,” said Sayed Ismail, deputy minister of Egyptian Housing, Utilities and Urban Communities.

Egyptian President Abdel Fattah al-Sisi has stressed on several occasions the importance of seawater desalination because Egypt’s share of the Nile River is fixed since the 1960s though the population has increased by five times.

The construction of a single desalination plant costs 3-4 times more than a surface water station, and the desalination water is used for drinking rather than irrigation purposes, according to Ismail.

He revealed that the housing ministry has built 65 desalination plants with total daily production of 744,000 cubic meters of water which is distributed among six provinces of Matrouh, South Sinai, Suez, Ismailia, North Sinai, and the Red Sea.

Nowadays, the ministry is working on 19 new plants with a production capacity of 550,000 cubic meters in seven provinces which cost nearly 69 million U.S. dollars, said the official.

He added that coordination is underway with the Ministry of Water Resources and Irrigation to prepare a strategic plan for establishing other desalination plants in the coming period.

Meanwhile, Abbas Sharaqy, professor of water resources with Cairo University, said the country’s plans for expanding the construction of the desalination plants are “good within a strategy to increase Egypt’s water resources, and secure water for irrigation.”

He explained that Egypt started with the coastal cities because of the increase of population and the long-distance from Nile River which is the main source of clean water in Egypt.

Egypt suffers a real water deficit of 40 billion cubic meters per year and half of it could be compensated from the recycling of agricultural water and the groundwater, while the other half can be saved if the country import crops that require lots of water instead of growing them locally, according to Sharaqy.

He said that the real shortage of water lies in the agricultural water instead of water used for drinking or industry, pointing out the difficulty of using the desalinated water in irrigation “due to its high costs.”

“Desalination plants wouldn’t enable Egypt to compensate the shortage of water but it could help in securing a good proportion of water,” Sharaqy said.

Describing the seawater desalination as “the luxurious technique of rich countries,” Nader Nour el-Deen, another water expert, said that the costs of constructing and operating desalination plants are extremely high which made it limited to some few countries.

Despite the high expenses of the desalination process, Egypt is forced to diversify its water resources and compensate part of the water deficit to face the deterioration as the GERD will relatively reduce its Nile share.

“Egypt targets producing 1 billion cubic meters from the desalination process which is very low compared with the current water deficit,” he said.