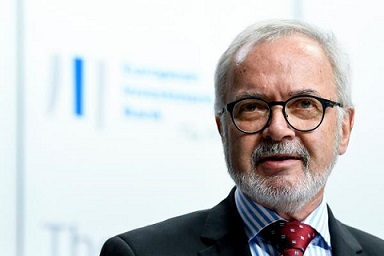 Ahead of the launch of the EIB’s strengthened presence in Africa President Hoyer joined the CEO’s of Co-Operative Bank, Trade and Development Bank and International Housing Solutions to announce EUR 400 million of transformational new financing to help the Kenyan private sector recover from COVID, strengthen investment in fragile regions across East Africa and construct affordable and energy efficient housing.

“At the European Investment Bank we are committed to enhancing the impact of our sustainable investment around the world in close cooperation with our global partners and through an increased local presence of our technical, environmental and financing experts.

The EIB’s new Nairobi Hub opened today marks a milestone in the EU Bank’s engagement in Kenya and builds on our 56 years of operations in Africa. In the coming weeks the EIB will launch a dedicated development branch that will further intensify the EIB’s contribution to addressing global and local investment challenges.” said Werner Hoyer, President of the European Investment Bank.

“The EIB’s new Nairobi Hub will open a new chapter for the bank’s cooperation with Kenyan, African, Team Europe and global partners. It will allow the EIB to better respond to private and public investment priorities and build on best-practice engagement with project partners.

It is a pleasure to be in Nairobi for the first high-level EIB visit to Africa since the pandemic and join political, business, banking and civil society stakeholders for today’s formal launch.“ said Thomas Östros, European Investment Bank Vice President.

The European Union Ambassador to Kenya, H.E Henriette Geiger, noted: “We are honoured that the EIB has chosen Nairobi as the location for its regional hub. This is a testament to the growing importance of Nairobi as gateway to the East Africa region, and Kenya as a strategic partner to the European Union, through which we are engaging in different spheres, including trade and investment.”

The EIB Nairobi Hub was formally launched in Kenya in the presence of government, business and banking leaders, civil society and African and European diplomats.

Strengthening the impact of EIB engagement in Africa

The European Investment Bank is the world’s largest international public bank and the new Nairobi Hub will further enhance the impact of EIB technical and financial support for high-impact investment across East Africa. This will build on the EIB’s engagement in Kenya since the start of operations in 1976 and opening of the EIB’s East Africa representation in 2005.

In the coming months new Nairobi Hub will expand and increase its expertise on climate action, innovation and digital investment, in close cooperation with East Africa based partners.

In September the European Investment Bank’s shareholders, the 27 EU member states approved plans to strengthen its global development engagement and the EIB will launch a dedicated development branch in the beginning of 2022.

Ahead of the formal opening the EIB confirmed new support for transformational investment across East Africa.

This includes backing EUR 50 million of new investment by Kenyan private sector firms in sectors most challenged by the COVID-19 pandemic in a new business financing scheme in partnership with Co-Operative Bank.

The EIB also agreed its first ever targeted support to unlock investment in fragile regions and overcome challenges linked to climate change, poverty and instability. The new EUR 163 million initiative with the COMESA Trade and Development Bank will finance projects across East and Southern Africa.

Construction of thousands of more afforhubdable and energy efficient homes in Kenya will be accelerated in a EUR 180 million programme with African partner International Housing Solutions.

The European Investment Bank (EIB) is the long-term lending institution of the European Union owned by its Member States. It makes long-term finance available for sound investment in order to contribute towards EU policy goals.