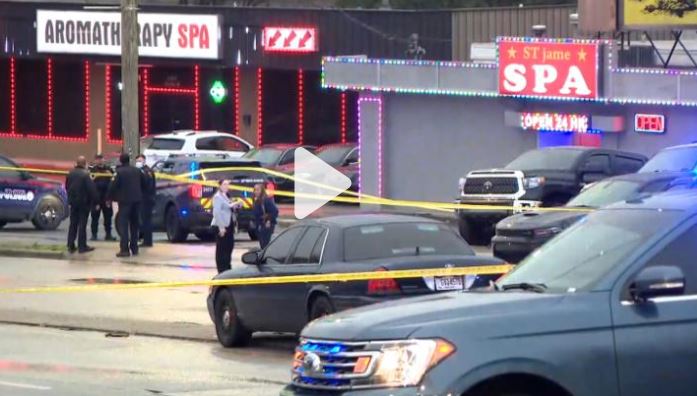 dpa/GNA, – Eight people were killed and one injured in shootings at three massage parlours on Tuesday in the north of the city of Atlanta, Georgia, according to local police.

Two of the shootings were at spas across the street from each other in north-east Atlanta and one about 50 kilometres north in Cherokee County.

A 21-year-old suspect in the Cherokee County shooting, where four people were killed and one injured, was taken into custody about three hours after the events, CNN cited Cherokee County Sheriff’s spokesperson Jay Baker as saying.

Video evidence suggests “it is extremely likely” that the same person was responsible for all three shootings, Atlanta police said in a statement.

They confirmed three women were found dead at one of the spas on Piedmont Road in north-east Atlanta and another woman was dead inside the business across the road.

The four people who died in Atlanta were female and appeared to be Asian, Police Chief Rodney Bryant said.