Human rights organizations based in Tanzania raised concern on Sunday over what they described as harassment of Tanzanians detained in Malawi over alleged trespassing and reconnaissance. 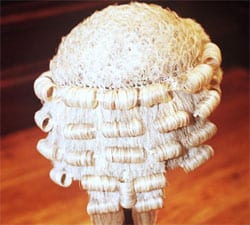 The eight Tanzanians were arrested in December last year in the border district of Karonga after they reportedly tried to enter a uranium mine in Malawi. It was later reported that they were taken to court.
”
They are being mistreated and denied legal and humanitarian rights,” said lawyers of the Tanzania Human Rights Defenders Coalition (THRDC) and the Tanzania Business and Human Rights Organization (TBHRO).

Flaviana Charles, TBHRO Executive Director, said a team of lawyers from TBHRO and their counterparts in Malawi investigated the matter for three weeks since December 29, and found that the Tanzanians were being mistreated.

She told a news conference in the commercial capital Dar es Salaam that the detained Tanzanians were being denied private communication with families and lawyers.

“Since their mobile phones and laptops have been surrendered to the police, communication to families and lawyers have been restricted,” said Charles.

She added: “They also can’t spend their money to buy food and water as allowed by law.”

Onesmo Olengurumwa, THRDC national coordinator, said Tanzania should press for the release of its eight citizens without conditions.

Reports of their arrest were reported by Malawian media suggesting that the eight were spies sent by the Tanzanian government to investigate if the country “is developing nuclear weapons from uranium at Kayerekera mine site in Karonga District”.

The Malawian media quoted anonymous security sources saying some of those arrested had “suspicious” devices, including a “heavy camera”.

The reports also suggested that “the Tanzanian government is frustrated with Malawi’s position of being unshaken with the issue of Lake Nyasa border dispute between the two African neighbouring countries.

Malawian police were quoted as saying the Tanzanians did not give satisfying answers when asked about what they wanted at the mine.

This was the second time Tanzanians were arrested for trying to visit the mine in Malawi.

According to Malawian media report, a group of university students from Tanzania under the Moravian Church were also blocked from visiting the mine site, which is currently closed.

On January 17, the government of Tanzania said the eight Tanzanians being held by authorities in Malawi were not spies but activists opposed to uranium extraction.

“The government has established that the eight Tanzanians being held in Malawi are employees of a German- based non-governmental organization which advocates for a stop in the extraction and use of uranium,” the minister had told Xinhua on phone.

Mahiga said the Tanzanians travelled to Malawi to seek more information on Uranium mining and its effects.

Mahiga said the Tanzanian ambassador in Malawi requested to see them in prison and he was granted the chance but he has not sent any feedback.

He said the German NGO was behind the sponsorship of their tour. Enditem

Tanzania to allocate about 1.5 million hectares of protected areas for human use