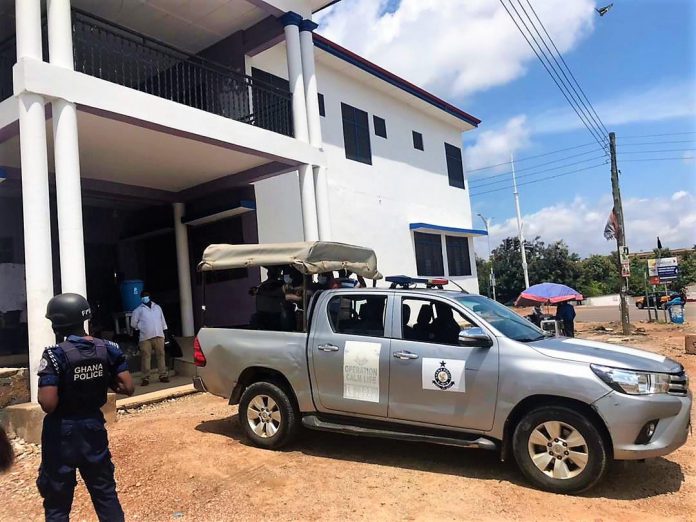 The Asokwa District Court has remanded into police custody the three accused persons in connection with the death of Ibrahim Mohammed, alias Kaaka, 45, who resided at Ejura in the Ashanti Region.

The accused persons, Ibrahim Issaka, Fuseini Alhassan and Iddi Mohammed, have been charged with conspiracy to commit crime and murder.

The court, presided over by Mrs. Akua Adu Boahen, did not take their pleas, and they would reappear on July 22, 2021.

Police Chief Superintendent Kofi Blagodzi, prosecuting, prayed the court to remand them into Police custody to allow for a thorough investigation into the matter.

He told the Court that the complainant, Haruna Mohammed, is a tailor, and a resident of Dagomba-Line in the Ejura Municipality, while the three suspects also live at Ejura-Zongo.

Prosecution said on June 26, this year, at about 0130 hours, the deceased was returning to his home from town on his motorbike, on entering his house, he was ambushed and attacked by the accused persons, who were holding some dangerous implements.

Chief Superintendent Blagodzi said the deceased was hit at his occipital region and became unconscious but his attackers continue with the beatings.

The prosecution said the accused persons were arrested at their various hideouts in the course of investigations.