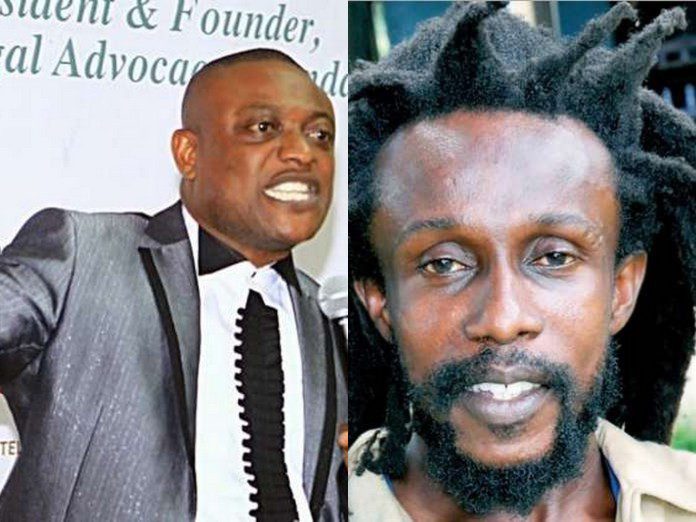 He said, Ekow Micah has suffered a lot of negative media coverage when he was arrested by the police for allegedly extorting money from Black Stars captain Asamoah Gyan.

The lawyer noted that people took up the duty of destroying his brand and image but thank God that propaganda doesn’t work in the court.

The controversial lawyer spoke in an interview with KMJ on Daybreak Hitz (Showbiz Review) on Hitz FM after the musician was acquitted on Monday of a charge of possessing narcotic substances believed to be Indian Hemp.

On August 4, 2015, Micah was arrested by the Airport Police for allegedly extorting money from Asamoah Gyan over a rape and sodomy case between him and 22-year-old university student, Sarah Kwabla.

After his arrest, another charge of unlawful possession of narcotics was levelled against him after a substance believed to be marijuana was found in his custody.

Maurice Ampaw said, the substance found in Ekow Micah’s room coupled with the alleged extortion was to drag the President of Music Council of Ghana’s image into the mud.

The lawyer recounting what happened in court said that Ekow Micah admitted he smokes marijuana but that particular substance found in his room did not belong to him.

After the judge’s ruling, Ekow burst into tears and shouted Jah Rastafari. Maurice Ampaw revealed that Ekow is going to hold a press conference soon and reveal several attempts by some persons to use money to influence him. The legal practitioner was happy with the final verdict, saying “we thank God for the judge, he was bold because he looked at the facts and circumstances of the case.”