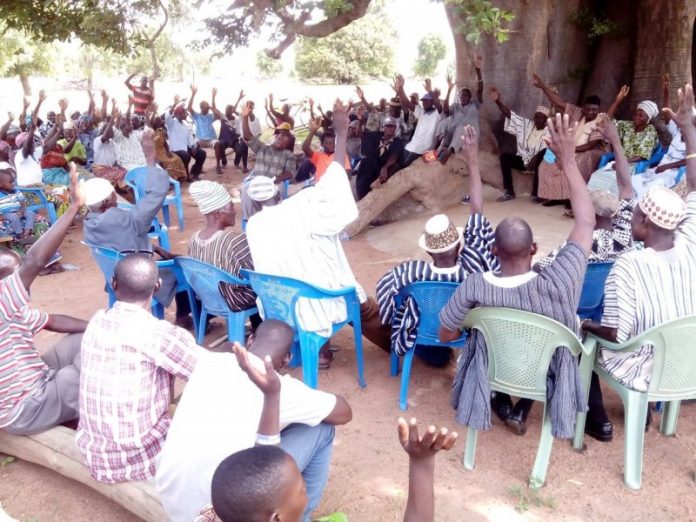 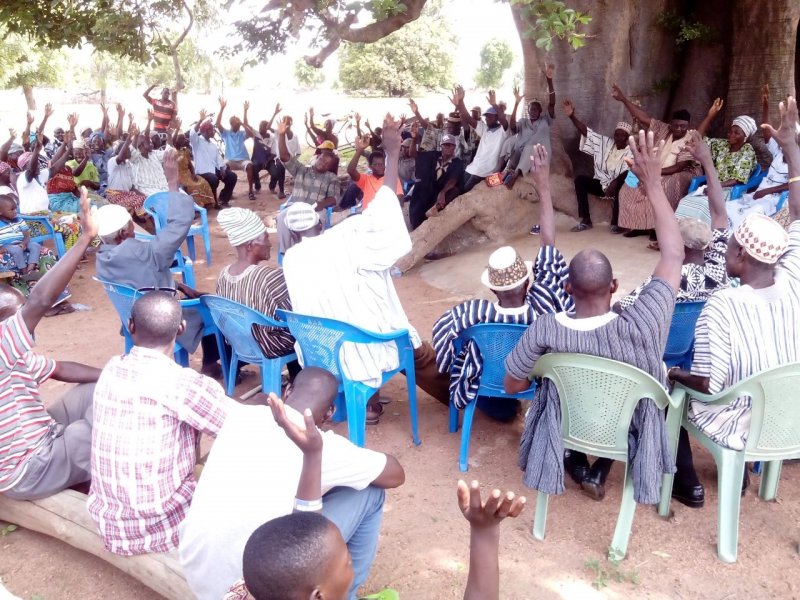 Anafobiisi, a community engulfed in teenage pregnancies in the Bongo District of the Upper East region, has resolved to impose restrictions on the use of mobile phones among its youth.

Clan heads of the community say they are very resolute about the move, not bothered what critics may say, because the trend of underage pregnancies in the area has reached an alarming height where at least 15 in every 20 girls in their streets are pregnant.

Scores of elders from the neighbourhood, who arrived at the resolution in a crucial meeting presided over by the chief of the area, Naba Anyanebah Akolgo Saabo II, say there is a strong link between the sophisticated phones their girls possess and the pregnancies or babies they carry with undeveloped bodies.

“Teenage pregnancy is something that is eating into us. It’s damaging the teenagers. We are trying to prevent the use of these mobile phones because it’s clear that through the mobile phones the children are able to communicate with one another at the blind side of their parents.

“So, we are trying to prevent the use both at home and in schools. If you fall below 19 years, you should not use a mobile phone within the community,” Naba Anyanebah Akolgo Saabo II told newsmen in the middle of the meeting.

Teen pregnancies in the area, according to worried elders of the community, do not result from things done in private with mobile phones alone. They also arise, they say, from a strong desire among the youths, especially the girls, to own cell phones at all costs.

“The children mostly are not satisfied with what their parents can afford,” Ayeba Abeliyine, an elder who took part in the meeting, remarked. “They reject what you provide for them and go out in search of high taste. Because they hunger after mobile phones, men take advantage of their desperation to lure them with a promise to get them phones. Then, they offer their bodies so cheap. Even me, a parent, I don’t have a phone,” he added. 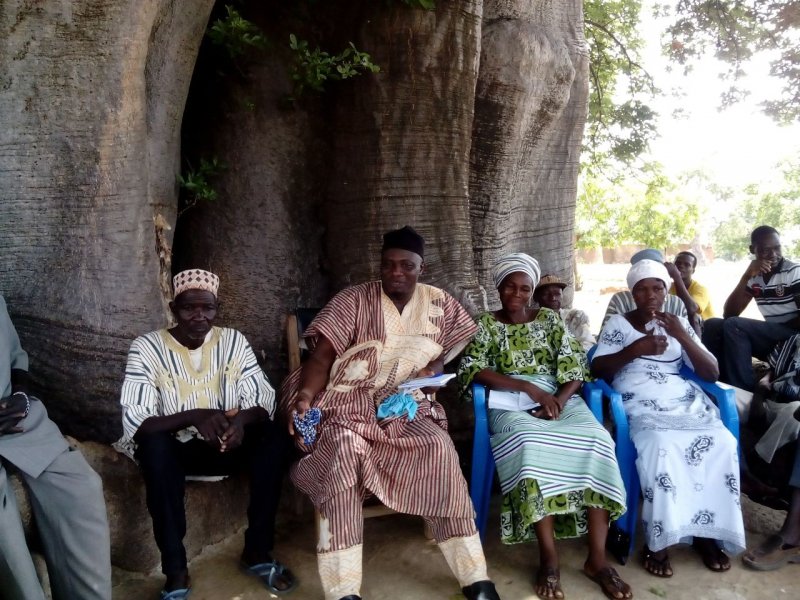 There are 789 households with a total number of 1,978 children in the community, according to the chief. More than a half of the youth population below 20 years in the area are said to possess mobile phones.

6 in every 10 girls are dropping books for babies
Only four among every ten girls are able to finish their primary education in the community, according to the chief of the area. The rest are compelled to quit schooling as a result of early childbearing.

“Fifteen out of twenty girls you meet in our streets are pregnant. I have been making follow-ups at the schools. If a class of say ten girls starts from say primary five, before they get to primary six the number reduces to four girls,” Naba Anyanebah Akolgo Saabo II said.

“There was an instance where I visited one of the schools and they told me there were ten girls and when they were going to primary six, four girls came back home pregnant. Even when they (students in the district) were writing the BECE, some were writing with pregnancies. This is too bad and this is why we think that we should fight it,” he affirmed.

Canker creating conflicts
The plague of premature pregnancies in that serene part of the district is not just about the dangers it poses to the lives and the education of the youths involved.

The canker is said to be generating conflicts in the community. And the Assembly woman for the area, Angela Ayamdo Amoaduko, did not lose sight of it when she spoke to journalists in the course of the meeting.

“If you are not able to get educated to a certain point, probably your life in the future may be very rough. And it brings a problem to the family and even in the community because if it happens that it is my son that has impregnated a next-door neighbour’s daughter, it brings a problem between mothers and fathers. Already the poverty is in the system with families already struggling to feed the children they already have. Then, another person comes with a pregnancy.

The ritual bath
The meeting also sought to rid the community of some widowhood rites inherited decades ago but now considered as outmoded.

Custom, when a man dies, demands that his widow be taken to a distant stream in the community and bathed by men. Until she goes through the ritual bath, she is considered unclean and not allowed to remarry or take part in cooking at funerals. A man who loses his wife also goes through the same rituals, bathed by women. Until that is done, he is unclean and restricted from paying visit to a sick person. A patient visited by an unclean widower, it is believed, will never get well.

When the stream dries, the bereaved spouse is bathed from an artificial source of water closer to the community. Community members unanimously kicked against the practice during the meeting with some saying some performers of the ritual bath often made gossipy comments after the exercise about the “shave, size and shape” of the private parts of the persons they bathed.

The leader of the ritual-bath agents in the community, Atindama Ntane, remorsefully told newsmen through an interpreter during the meeting: “The practice is painful and pitiful. I feel sad myself performing it. I am all for the move to do away with it.”

“I personally cannot sit here and change it because it’s culture and tradition. It is something we need to sit down and look at where we can change. I still have to consult my overlord (the Paramount Chief of Bongo, Bonaba Baba Salifu Atamale Lemyaarum) before we can decide what to do,” Naba Anyanebah Akolgo Saabo II told journalists.

Anger for change
It could not be ascertained if the community was the first in the entire district or region to assemble in search of answers to the spiraling pregnancies among its young people.

But it was certain it was a gathering inflamed by an amount of anger, as widespread as the canker itself, for change. Elders and parents, long dissatisfied with the situation, responded swiftly at the chief’s beckon for the meeting.

They gathered at the airy broad base of a branchy, fruiting baobab tree standing in front of the chief’s palace. Not only did their numbers exceed expectations, but their contributions also overrode boundaries. They came to the mobile phone ban resolution through voting by a show of hands if in favour of the move. All hands went up high without a moment of hesitation.

Some even frankly wanted the age limit equally as high as the raised hands. Whilst others proposed that those below 19 years should not use mobile phones, some wanted the age limit pegged at 26 and some, revealing the depth of their anger about the menace, pushed strongly for 30!

And so angry for change were the participants that they were not hungry for refreshment in a meeting that travelled beyond six hours.

“We are planning towards a big durbar on this problem. But we need support to make it happen. As you can see, we could not provide refreshment for those who came for this meeting. The whole arrangement rested on the chief and me alone,” Madam Angela Amoaduko, the only elected assembly woman in the Bongo District, disclosed.

After the deliberations, the elders travelled back in different directions, in groups and individually, in a reflective mood just as they came: through lonely paths between thatched huts sparsely situated among vast eco-friendly pastures, jewelled with several clusters of rocks delicately piled apart on a quiet landscape where there seems to be no blot except the alarming plague of teenage pregnancies.