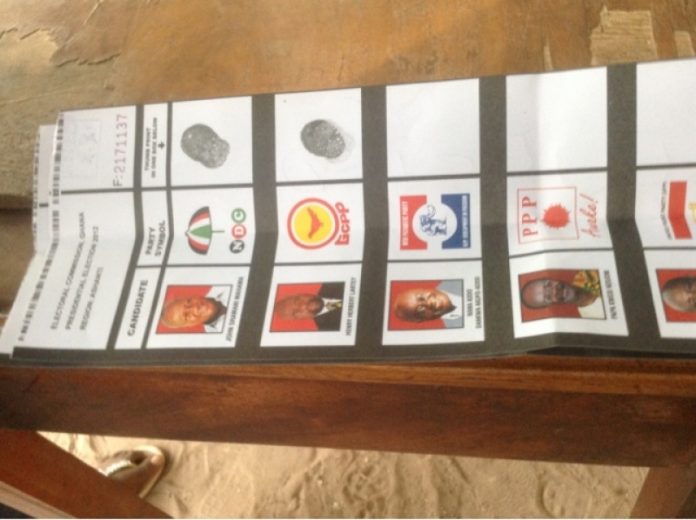 Presidential candidates for the 2016 elections will know their position on the balloting paper by November 10, 2016.

This was contained in a press release by the Electoral Commission (EC) of Ghana on Monday, November 7, after it studied the judgement delivered by the Supreme Court which directed the election conducting body to allow all disqualified aspirants a chance to correct their mistakes.

According to the EC, by the judgement of the apex court, they “are to declare the candidates so nominated [after correction of errors] to contest the 2016 elections by close of Wednesday, November 2016. The court also ordered that the Commission conduct the balloting of presidential candidates by Thursday, November 10, 2016”.

This follows a unanimous ruling by the Supreme Court on the struggle between the Progressive People’s Party’s Dr Papa Kwesi Nduom and the Electoral Commission, over the former’s disqualification from the 2016 presidential race.

A 7-member Supreme Court panel presided over by Justice Sophia Adinyira, upheld a High Court ruling ordering the Electoral Commission to allow Dr Nduom to get back into the presidential race.

The apex court also ordered the EC to extend the nomination period for flag bearers to Tuesday, 8 November. It also directed the EC to give all parties a fair hearing to make the necessary corrections on their nomination forms.

It further ordered all High Courts to suspend any cases before them in connection with the disqualification of other flag bearers.