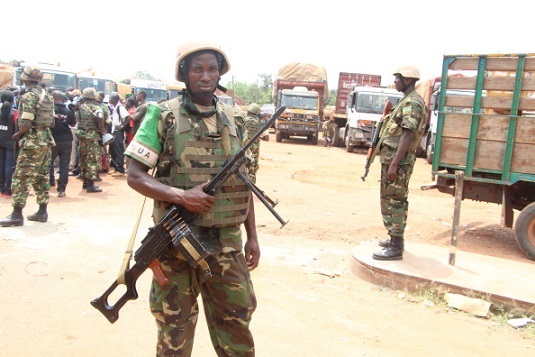 Central Africa Republic (CAR) saw sporadic disturbances in its first round of voting in presidential and legislative elections on Sunday.

No major security incidents were reported in the elections and the whole country enjoyed relative calm. In the capital Bangui, several polling stations opened with a slight delay because the electoral material was not ready on time.

CAR President Faustin-Archange Touadera, who is seeking reelection, went to vote in the 4th district of Bangui. After an opposition candidate withdrew from the race, Touadera is considered to be the big favorite among 16 candidates currently vying for the presidency.

His main competitor is former Prime Minister Anicet-Georges Dologuele. In several provincial towns, such as Bangassou (south-east), Sibut (center) and many others, voters lined up in front of the ballot box despite threats from rebellious armed groups, according to witnesses.

In Bambari (center), a warning was sent by rebels to anyone who opened a polling station. Heavy gunfire from automatic weapons was heard on Sunday morning, according to local sources, but voters went to vote under the protection of UN peacekeepers.

In Bossangoa (north-west), Bouar (west), Dekoa (center-north), Kounago (south), and some other localities, the vote was very disturbed by the presence of armed groups, according to witnesses.

In western cities of Aba, Yelowa, and Baboua, the electoral material was purely and simply set on fire by rebels, according to military sources.

Immediately after the first round of voting, the counts began. The CAR’s National Election Authority has eight days to give the provisional results.