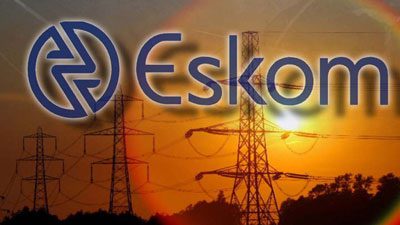 A decision by electricity utility Eskom to raise tariff hike to cope with power outages has met with strong opposition. The Congress of South African Trade Unions (COSATU) issued a statement on Monday, saying Eskom is imposing its crisis on consumers.
Meanwhile, the opposition Democratic Alliance (DA) urged Finance Minister Nhlanhla Nene to decline any application by Eskom for a further tariff hike.
Eskom announced last week that it will raise electricity tariffs, beginning from April 1, 2015.
“Eskom confirms that the price increase to be implemented on April 1, 2015 to Eskom’s direct customers is still 12.69 percent and for municipalities will be 14.25 percent from July 1, 2015 as approved by the National Energy Regulator of South Africa (NERSA) during November 2014,” the parastatal said in a statement.
This far exceeds the eight percent annual tariff increase NERSA initially agreed to as part of the multiyear price determination to March 2018.
“We’re totally opposed to an attempt to shift the crisis of Eskom on to the backs of consumers who are already facing increases in the fuel levy and other taxes,” COSATU spokesperson Patrick Craven said.
Eskom, which provides more than 95 percent of South Africa’s electricity, has been blamed for constant power outages that have hit South Africa since November last year when a number of its coal-burning power stations collapsed due to poor maintenance. The cash-strapped utility is forking out billions of rand to keep the lights on by turning to diesel.
The government has earmarked 23 billion rand (about 1.9 billion U.S. dollars) to bail out Eskom.
“South Africans simply cannot afford further increases to the electricity price, especially not to bail out an ailing state- owned enterprise,” DA Shadow Deputy Minister of Finance, David Ross said.
By making consumers pay for Eskom’s legacy of poor planning “is both unethical and economically senseless”, said Ross. Enditem

“Mission55 Conflict in Anaka” Game Seeks To Power Up The Youth

20.5 million Somali people across the Horn of Africa are in the grip of famine