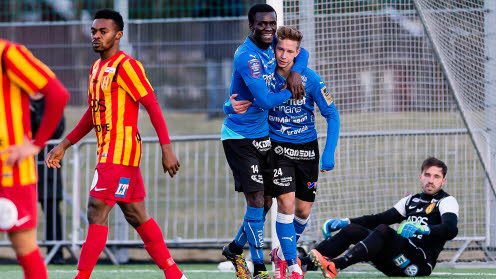 IF Elfsborg head coach?Janne Mian has said his side did not show enough spirit after Ghanaian striker Kwame Karikari scored to end their unbeaten run in the Swedish top-flight.?

Karikari struck in the 51st minute at the??rjans Vall as Halmstad BK recorded their first win of the season at the expense of Elfsborg who only lost their first in the season.

Coach Mian has mourned his side?s lack of spirit in the loss as the former AIK forward Karikari scored the only goal of the game.

?We didn?t get to it offensively, we had some situations, Frick had the best but their goalkeeper made a fine save. Halmstad had not very much either, so a draw would have been fair enough,?says Svensson.

Karikari is on loan from AIK and scored his first goal for Halmstad in the Sunday game which also had Ghanaian duo Joseph Baffo and King Osei Gyan in action.