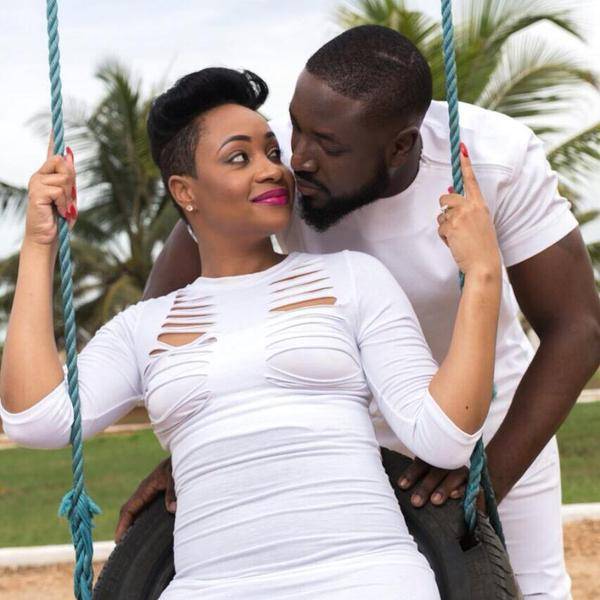 Many Ghanaians did not understand why Pokello defended her heartthrob, Elikem Kumozi when he was accused of having an affair with the wife of football legend, Nii Odartey Lamptey about two years ago.

The actor talking about the issue on the Pundits on GhOne defended his love saying what she did was to just protect the man she loves and his image.

“I will say that, all she did was to protect me, my status which can have a great toll on me and in the end affect her too,” he told Aboagye last Tuesday.

Elikem was reported to have had romantic links with the wife of the footballer when news came out that Odartey Lamptey was not the real father of the children he had with his wife.

Elikem denied the reports but Pokello took to social media to tell Gloria Lamptey her peace of mind.

Pokello put her frustrations out there on social media twitter telling her fans how Gloria Lamptey has made her life unbearable in the past months.

Elikem was  infuriated by Pokello’s actions on twitter and took a swipe at the lady urging her to calm down and act in an appropriate manner. Elikem Kumordzie further apologised to his fans and also still admitted he wants Pokello back.