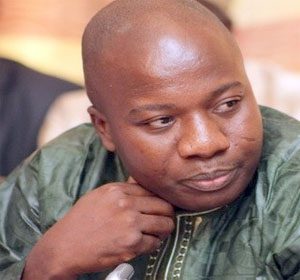 Our attention has been drawn to a statement made on the floor of Parliament and captured on the front page of the Daily Guide Newspaper of November 24, 2014 titled ?$10.5m Blown on Brazil World Cup.? While we await the report of the World Cup Commission and its findings, we are scandalized by the apparent inconsistencies in figures as put out by the Former and Current Sports Ministers on the amount spent on the BRAZIL 2014 World Cup.

We therefore wish to seek clarification on the following:

During the sittings of the World Cup Commission, the former Minister of Youth and Sports Hon. Elvis Afriyie-Ankrah indicated with documents supposedly from the Ministry of Youth and Sports to prove that the total amount received from the Government amounted to? USD $8,918,945.06.

Out of that, total expenditure on the World Cup amounted to UDS$ 4,474,891.47 (Four Million and Four hundred and Seventy Four Eight Hundred and Ninety One Dollars, Forty Seven Cents)!

As a result, he claimed that he left behind an amount of UDS $ 4,444,053.59 [Four Million Four Hundred and Forty-Four Thousand, Fifty Nine Dollars Fifty Nine Cents] in the Ministry?s account.

Below is the statement of Accounts as presented at the Commission from the Ministry of Youth and Sports:

However, throughout the presentations of the current Sports Minister, Hon. Mahama Ayarigah, he never authenticated or denied the claims of the erstwhile Minister but instead, he quoted a new but scandalous figure of USD$10Million and went ahead to re-echo the directive of the World Cup Commission to open an escrow account for the money received from the GFA.

Who is deceiving Ghanaians? AFRIYIE-ANKRAH or MAHAMA AYARIGAH, or both of them?

As a Youth group that is concerned about transparency and accountability in governance, and the overall future of our country, we are at a loss as to the circumstances leading to the new figure of more than UDS $10MILLION DOLLARS quoted by Hon. Mahama Ayariga as been spent on the World CUP. The contradictions in the accounts of the two ministers are too glaring to be glossed over.

We therefore call on H.E. President John Dramani Mahama and the Leadership of Parliament as a matter of urgency, to call both Ministers to give us the true state of the account as it stands.!

Cape Town and Stockholm Team Up to Support Women in Tech