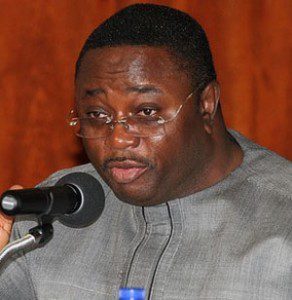 Ahead of the impending national elections of the main opposition National Democratic Congress (NDC) former Sports Minister Hon. Elvis Afriyie Ankrah, has announced his interest in the General Secretary position of the party.

He is seeking to take over the mantle from the longest-serving General Johnson Asiedu Nketiah.

Elvis Afriyie Ankrah, who is currently the Director of Elections for the NDC, has said he will contest for the position if nominations are opened.

“In November when nominations are opened, I will be filing for the General Secretary position,” he said.

He further indicated that he has a clear understanding of what the NDC should do and also has the capacity to work with everybody.

If he wins, he will be replacing the current General Secretary Johnson Asiedu who is likely to contest for the National Chair position of the party.

BRICS in the eyes of global youth

“In this vibrant city, I feel energy, freedom and efficiency”: Hong Kong in eyes of foreign residents