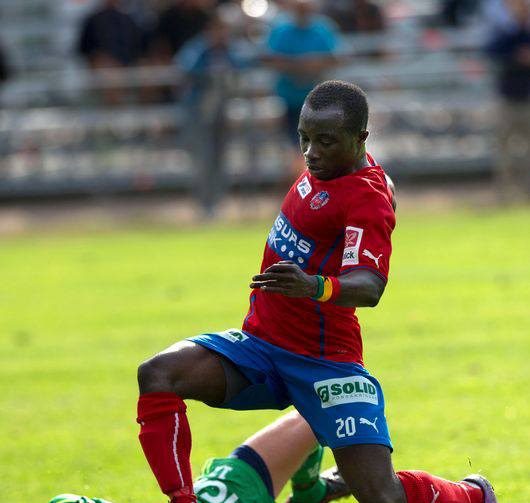 American Major League Soccer side Los Angeles Galaxy have announced the signing of Ghanaian forward Ema Boateng from Helsingborg IF.

The former Right to Dream Academy graduate has inked a long-term contract with the LA giants believed to be worth $1 million a year.

Boateng, 21, leaves the Swedish side Helsingborg IF – after spending three seasons at the club and returns to the country where he acquired his university education and excelled in athletics and football.

He netted four times for Helsingborg last season and LA manager Bruce Arena believes the athletic attacker adds a lot to his squad for the upcoming American season.

“Emmanuel is a talented, young, attacking player who will add valuable depth to our offense,” said LA Galaxy Head Coach and General Manager Bruce Arena. “He will continue to develop as a player and we are excited to add him to our roster.”

He joins his former Helsingborg team-mate David Accam in the American top-flight.

Accam left Helsingborg to join Chicago Fire before the start of last season and was voted the best player at the club at the end of last season.