The COVID-19 recovery offers an opportunity for governments and the international community to use new and emerging technologies to tackle inequalities triggered by the pandemic, a United Nations report said on Thursday.

The Technology and Innovation Report 2021, published Thursday by the United Nations Conference on Trade and Development (UNCTAD), appealed for more attention to the new technological wave of such frontier technologies as those that take advantage of digitalization and connectivity – including artificial intelligence, the internet of things, big data, blockchain, 5G, 3D printing, robotics, drones, gene editing, nanotechnology and photovoltaic technology. These rapidly developing technologies represent a 350 billion U.S. dollar market, which by 2025 could grow to over 3.2 trillion U.S. dollars, according to UNCTAD.

The Geneva-based UN trade and development body warned of serious implications for poor communities and countries either overwhelmed or simply left behind by such a wave.

Therefore, “societies and productive sectors need to be well prepared and build the required skills,” urged Isabelle Durant, deputy secretary-general of the UNCTAD. Durant cautioned that while frontier technologies have brought enormous benefits, rapid advances could have serious downside risks if they outpace the ability of societies to adapt.

The report warned that the new technologies had at the same time led to inequality in new forms. “Today, major concerns are related to risks of automation taking jobs in large scale, the gig economy and the reduction of labour rights. Others are the inequalities created by market and profit concentration, the increase of inequality driven by AI and widening technological gaps,” it wrote.

The report found that the countries best prepared to equitably use, adopt and adapt these technologies are mainly in North America and Europe, while those least prepared are in sub-Saharan Africa and other developing regions. “Technologies are not deterministic.

We can shape their pathways for good. And we have an obligation to do it,” said Shamika N. Sirimanne, director of UNCTAD’s division on technology and logistics.

The report also emphasized that governments play a critical role in paving the way for technologies, especially in creating an enabling environment and ensuring the benefits of these technologies are shared by all.

The report highlighted that China and India performed well in research and development. “This reflects their abundant supplies of qualified and highly skilled human resources available.

They also have large local markets, which attract investment by multinational enterprises. In the case of China the progress is partly a reward for spending 2 percent of GDP on R&D,” it wrote. 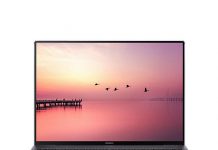 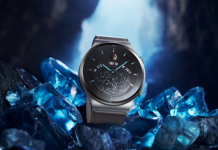