The editor of ModernGhana, Emmanuel Ajarfor Abugri has survived a fatal accident.

A VW Touareg vehicle with registration number GT2861-17 rammed into his car from behind causing severe damages.

The accident occurred at the Nyame Kye traffic in Accra on Monday, April 26 at about 10:30pm.

Narrating the incident, Mr Ajarfor said he was heading home after work. 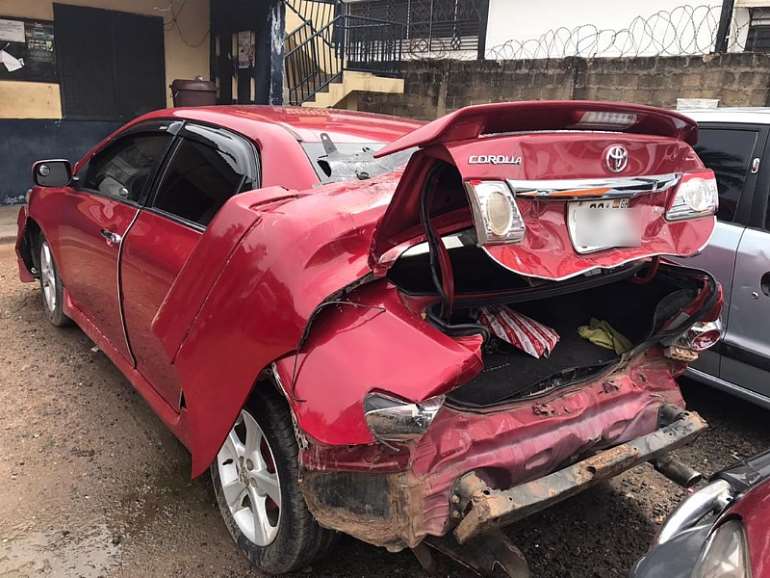 From Lapaz towards the Nyame Kye traffic, the editor said he used the left outer lane that turns left to Darkuman Junction or a U-turn back to Lapaz.

Whiles in the traffic waiting for the green light, he noted that the VW Touareg vehicle on top speed run into his car from behind.

The impact of the crash, according to him, caused a chain of accidents in the same lane involving five other vehicles that were parked waiting for the green light. 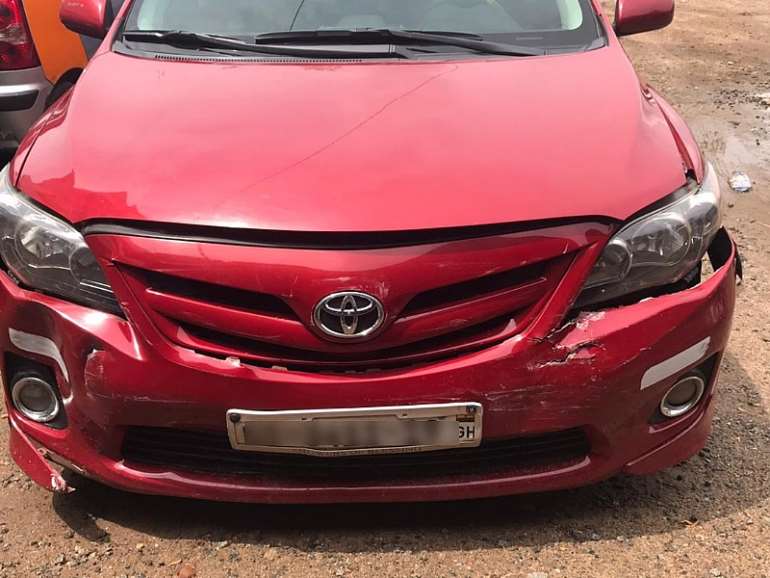 Mr Ajarfor added that the five other vehicles had either their back bumpers, boot and tail lights damaged.

“In our lane, the traffic was red whiles those heading to Kwashieman was moving. As we were waiting for ours to move, a VW Touareg vehicle whether it was heading to Kwashieman or joining our lane run into my car from behind. My car got severely damaged from the back to the front. Five other cars in front of me also got damaged because of the severity of the crash. 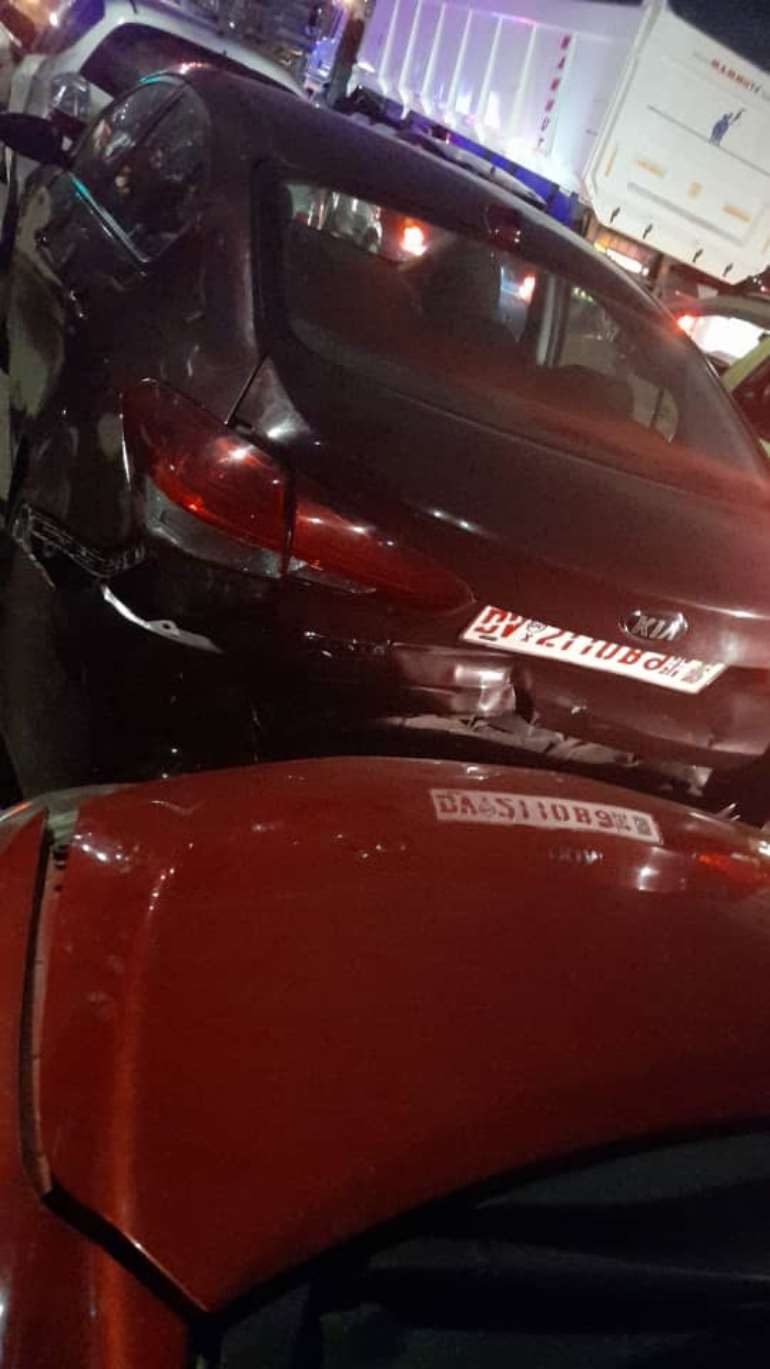 “The only excuse the driver of the Touareg vehicle gave was that he was trying to swerve another car infront of him and accidentally veered off his lane and landed in our lane where we had parked waiting for the green light.

“A distress call was made to officers from Motor Transport and Traffic Unit (MTTU) who came around to do their work. The officers towed the vehicles to the station where they asked us to write our statements and report later. A police medical form was issued to me to seek medical attention. I rushed to the 37 military hospital where I was admitted and later discharged, ” he emphasized.