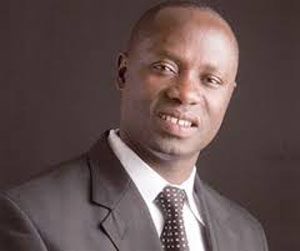 The Minister of Petroleum, Mr Emmanuel Armah-Kofi Buah, has retained the Ellembelle Parliamentary Seat for the ruling National Democratic Congress (NDC) in a fiercely contested poll.

The incumbent NDC MP was expected to win convincingly in this year’s parliamentary elections due to some social interventions he had instituted in the area.

These interventions include support to the aged, sponsoring the youth to acquire employable skills coupled with government infrastructural developments like the rural electrification project, Atuabo Gas Processing facility and road construction.

In the 2012 General Election, Mr Armah Kofi Buah polled 26,344 votes while Kwasi Bonzoh of the NPP garnered 18,067 votes, indicating that the MP’s votes had reduced by 8,277 votes while that of his rival, Mr Bonzoh, had appreciated by 2,390 votes.

This calls for concern from the MP’s camp and it definitely requires hard work if he is to retain the seat during the next election.

Mr Buah first won the Ellembelle Seat in 2008 from Mr Freddy Blay, the then CPP Member of Parliament and a former Second Deputy Speaker.
GNA