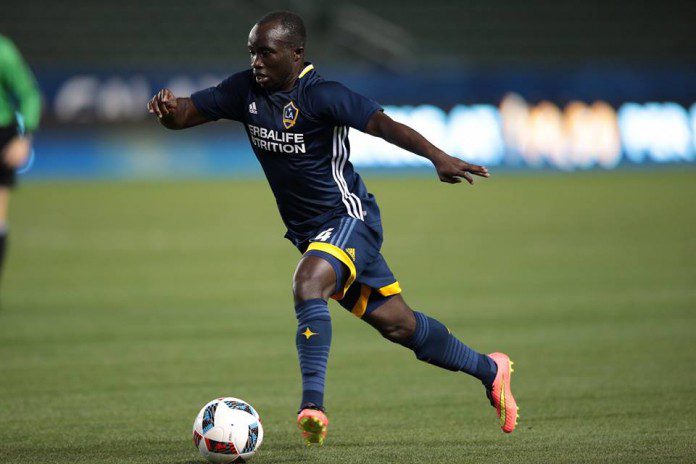 Boateng, 22, arrived at the California-based side via the winter transfer window from Swedish top-tier side Helsingborg IF.

The former Right to Dream Academy graduate who schooled in the United States joined an array of world football stars Nigel de Jong, Ashley Cole, Robbie Keane and Steven Gerrard at the club.

Gerrard joined Galaxy after leaving Liverpool last season and, Boateng, who is renowned for his explosive pace on the flanks, feels playing with the former England captain feels like a dream.

“He [Steven Gerrard] is a true professional. Great player. Definitely a surreal moment playing with him,” he told GHANAsoccernet.com.

Galaxy boss Bruce Arena signed Boateng from Helsingborg to bring his pace and impact to his side and tenacious wing-man feels he is gearing up well for the upcoming season.

“Pre-season is going well. We’ve had some good performances and decent results,” he added. Boateng joins former club and academy team-mate David Accam (Chicago Fire) in the Major League Soccer as well as a tall list of Ghanaian internationals now plying their careers in the American top-flight.