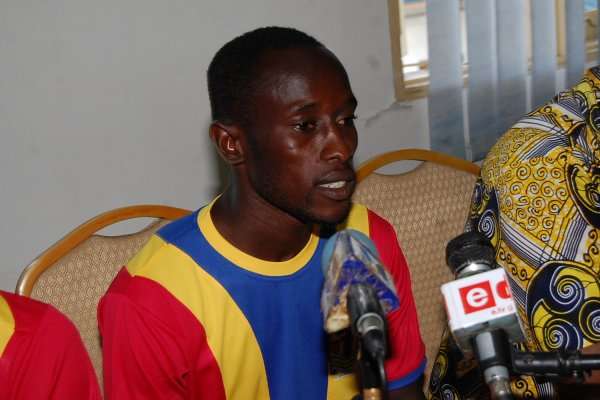 Forward Emmanuel Hayford says his fate at Hearts of Oak remain uncertain after being excluded from the official squad for the 2015/16 season.

The former Amidaus Professionals player only joined the Phobians two-years ago in a move that was heralded as the new dawn for the Accra-based giants.

Hayford’s time at Hearts has however been blighted with successive injuries, limiting his appearance for the Phobians.

The club’s Managing Director Gerald Ankrah only last week presented a squad for the 2015/16 season with Hayford’s name conspicuously missing.

The forward now says he doesn’t even know if he is still a player of the club as he has not been told he is being transfer-listed.

“The MD brought a lost to the training grounds and said they were the players the club will be working with in the coming season,” he told Happy FM.

“My name wasn’t in that list and I wasn’t given any explanation as to why.