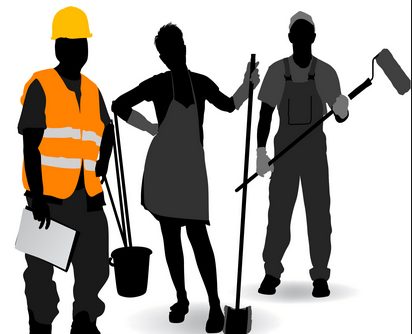 The Ghana Employers’ Association (GEA) in collaboration with the Trades Union Congress (TUC) have embarked on an education campaign on the Labour Act for workers in the informal sector.

The campaign which is being sponsored by the Business Sector Advocacy Challenge (BUSAC) Fund is aimed at improving working conditions and standard of living of workers in the sector.

Under the programme, the GEA and the TUC have set out to educate workers in the sector to help deepen their knowledge and understanding of the Labour Act 2003.

Mr Joseph Kingsley Amuah, GEA Director of Industrial Relations at a media engagement in Accra said the objectives of the programme was to sharpen the skills, understanding and capacity of employers and employees in the informal economy to appreciate the provisions of the Labour Act 651.

He added that their action was to “facilitate compliance of the law which will lead to industrial peace, high productivity, good labour-management cooperation and consultations and enhance the transition of the Informal economy to formality”.

Mr Amuah explained that the move by the two organizations with support from the BUSAC Fund was critical as the informal sector played a critical role in the economy of the country.

“The informal economy is the main employer in Ghana, absorbing about 88 per cent of the economically active population.

“The informal economy provides employment and income for many who lose or cannot find work in the formal economy, and it includes a disproportionate number of women, young people and others from disadvantaged groups.

“The sector is a critical component of local economies and a crucial livelihood strategy for the poor and the very poor urban majorities,” he stated.

Mr Amuah stated that educating informal economy operators to understand and appreciate the Labour Act would not only assist in addressing the decent work deficits in the sector but also contribute to a more conducive policy environment for enterprise creation, improved labour standards, industrial peace and harmony and increased productivity and development.

He outlined some of the activities for the campaign as sensitization workshops in Accra, Kumasi, Takoradi, and Koforidua to disseminate the Labour Act 2003 and its accompanying Legislative Instrument (LI) and advocacy for the re-establishment of the Informal Economy Office/Desk at the Ministry of Employment and Labour Relations.

The Legal Administrative Officer of the TUC, Paapa Danquah, said the advocacy programme would help improve the standard of living and working conditions of workers in the informal sector.

He said many workers in the sector were unaware of their rights as employees and obligations as employers hence many workers operated under very dangerous and unfair conditions.
Source: CDA Consult