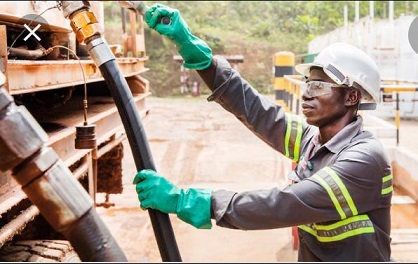 Ghana needs to domesticate laws under the Extractive Industry Transparency Initiative (EITI) to empower the public to demand accountability on how mining revenue is managed and utilised, Mr Nasir Alfa Mohammed has said.

Mr Mohammed, who is the Vice Chairman of the Public Interest Accountability Committee (PIAC), explained that though Ghana was a member of the EITI countries required to disclose information along the extractive industry value chain of oil and mining, it was difficult to demand accountability locally.

That, he said, was due to the dualist system being practised, which required that international laws be domesticated to be enforced at the national level.

The Vice Chairman, also a Ghana Bar Association (GBA) Representative on the Committee, said demanding accountability in mining sector could be achieved either by expanding the mandate of PIAC to also cover the mining sector or setting up an institution with a similar mandate to carry out such a duty.

Gold is known to contribute over 90 per cent of Ghana’s total mineral exports and makes up 49 per cent of the country’s total export value.

Mr Mohammed was speaking during a media engagement on PIAC 2021 annual report held in Tegbi in the Volta Region on the utilisation and management of petroleum revenue.

The report showed that most of the International Oil Companies (IOCs) operating in the country had resumed their exploration and drilling activities as they recovered from the economic impact of the COVID-19 pandemic.

It also noted that although production volumes declined during the period under review, higher crude oil prices accounted for increased revenue to the State.

This represented a 17.5 per cent increment in revenue from the $666 million recorded in 2020.
Mr Isaac Dwamena, PIAC Coordinator, also indicated that early studies showed that Ghana’s oil production was likely to decline in the absence of interventions.

“Ghana’s three fields peaked in 2020. This peak is forecast to last for at least three years, after which production will continuously decline if nothing is done by way of new in-fill developments on these existing fields or new fields coming on-stream,” he said.