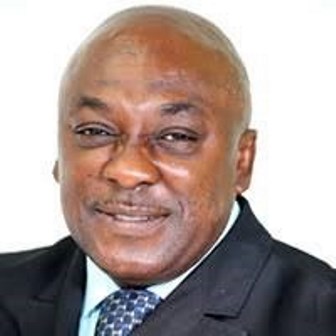 The incumbent Member of Parliament for Tema West, Mr Carlos Kingsley Ahenkorah, has admonished members of his party, the ruling New Patriotic Party (NPP) to emulate President Akufo-Addo’s loyalty to the party.

“Look at President Akufo-Addo, he endured so much for the NPP. Do you know why the President wears spectacles all the time, because during the Kumi Preko demonstrations, which he led, he was assaulted and it affected his eyes, but he never abandoned the cause of the NPP.

“President Akufo-Addo is not like those fair weather friends who now think that the NPP has become attractive enough for them, now that the party is in power.

Our people have a good example in President Akufo-Addo. In the life of the President, We can learn that if you stay loyal to the NPP, the NPP will reward you,” Carlos Ahenkorah said.

In a statement copied to the Ghana News Agency in Accra, Mr. Ahenkorah, who is also contesting for re-election as the NPP’s Parliamentary Candidate for 2020 said the need to prioritize party loyalty had become imperative because some disloyal people who worked with the party’s opponents when the NPP was in opposition, had started making attempts to lead the party, now that NPP was in power.

He called on the party faithful to remain resolute to the ideals of the party and play their roles professionally in order to ward-off infiltrators that might take advantage of the attractiveness of the party to cause mischief.

He said he was focused and would ensure that the party maintained its balance in the constituency and beyond.
“Fortunately, as the NDC play their game, President Akufo-Addo has also been leaving us worthy examples, like when he was recently in Parliament and the NDC boycotted the State of the Nation Address.

He added, ”NPP delegates to the forthcoming primaries across the country are wise, if NDC members think they can hide behind double agents to deceive polling station executives of NPP, then they are deceiving themselves.”