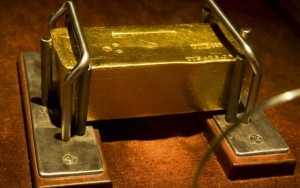 ENDEAVOUR Mining will produce up to 640,000 ounces of gold in its 2017 financial year while all-in sustaining costs (AISC) would be $860-905 per ounce – a 4% decline assuming the better end of guidance is achieved.

Commenting in its preliminary fourth quarter and year-end production figures, the UK-listed gold producer said the higher anticipated output was down to improvements at Karma and Nzema.

Gold production in the 2016 financial year was 584,000 oz, 13% higher than in the previous financial year but about 10% less than output in 2017 if Endeavour reaches its upper end of guidance.

Karma and Nzema, in Burkina Faso and Ghana respectively, are expected to more than compensate for Agbaou in Côte d’Ivoire which would return to normalised production after a 16% production lift in the fourth quarter.

“We are well positioned to continue to increase production and lower AISC even further, notably without the inclusion of organic growth benefits provided by our Houndé project,” said Sébastien de Montessus, CEO of Endeavour Mining.

Houndé, a project in Burkina Faso, is expected to produce 190,000 oz/year over its 10-year life. Some 65% of the $328m capital spend on the project had been committed to date.

Endeavour said in a presentation published on its website in July last year that it intended to reach 900,000 oz/year in gold production by 2020 at an all-in cash cost of less than $800/oz.

It will be significantly assisted with production from another project, the $307m carbon-in-leach (CIL) mine at its Ity project which is situated in Côte d’Ivoire. De Montessus said in November the company would take an investment decision in the first quarter, but no indication of how the company will decide was made in its report today.

If approved, the developed mine would see average gold production of 165,000 oz/year over the first five years, and 114,000 oz over the remainder of its 14-year life.

No mention was made of a potential combination with Acacia Mining either, the Tanzanian gold producer which issued record production for its 2016 financial year last week. The two companies announced earlier this month that early stage discussions were underway that may result in a merger of the two businesses.

Acacia, formerly African Barrick Gold, has been operating for years whereas Endeavour is still a new kid on the block in West Africa. Acacia is expected to pay a much improved dividend to shareholders.