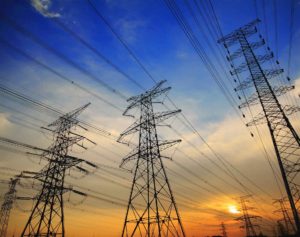 The Energy Ministry says despite the acquisition of power plants by the previous government to improve power generation in the country, the erratic power supply was not solved.

The Ministry in a statement Monday said the situation christened “dumsor” did not end with the election of the governing New Patriotic Party (NPP) on December 7, 2016, hence its resurgence across the country.

“Even though we have adequate installed generation capacity, only half is available due to various technical and financial challenges,” the Ministry lamented.

Major areas in Ghana’s capital, Accra have suffered erratic power supply for the past weeks. The areas include Dansoman, Adenta, Madina, Haatso, La, Osu, Sakumono and other parts of Tema.

The situation has worsened with sections of Ghanaians wondering why the power situation that is blamed for collapsing several businesses from 2012 to 2016 has not been solved despite the acquisition of thermal plants by former President John Mahama government.

The erstwhile National Democratic Congress (NDC) government added more units of megawatts to shore up the generation deficit. The Asogli plant, Karpower ship, and Kpone Thermal plant were added, however, the situation appears to be lingering on.

Joy News checks in the Western Region has revealed the non-functioning of some of the plants in the Aboadze Power enclave especially the T3 plant which has been shut down for weeks.

Also, the AMERI power plant is running on eight out of the 10 units creating more deficits in power supply in the country. The T2 plant operated by the Volta River Authority (VRA) has also been shut down for routine maintenance reducing further power generated in the country.

Currently, Ghana is relying on 1,420MW of power which is supplied across the country. They are 140MW from Ameri, 380MW  from Ivory Coast and 900MW Akosombo.

Despite the challenges faced in the power sector, the Energy Ministry has assured Ghanaians of the preparedness of government to address the situation in a timely manner.

“Government will, therefore, give customers regular operational updates of the power situation to ensure transparency as well as provide assurances of how effectively we are addressing the problems in the sector,” the Energy Ministry said.

It, nonetheless, cautioned that “there is always the risk of operational challenges which may temporarily affect power supply” across the country.

It also said it is working “hard” to the pay back the $2.4 billion financial debt that has bedeviled the power sector to ensure an uninterrupted and reliable power supply in the country.