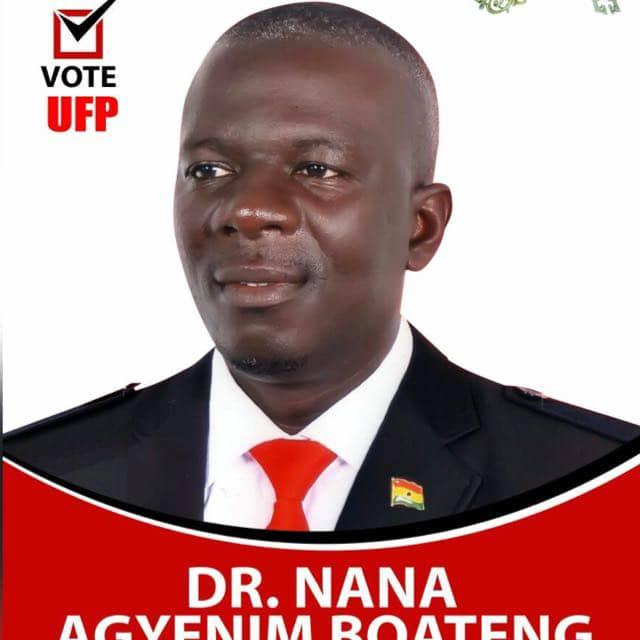 English Language is a barrier to Ghana’s healthcare service delivery and adequacy of health personnel, Nana Agyenim Boateng, the flagbearer of the United Front Party (UFP) for the 2020 General Election has said.

“I met a lady who had A’s in all her WASSCE results but B in her English paper and because of that, she was denied access to Medical School. It is a mental slavery to say unless a student gets an A in English, he or she cannot be admitted into the School of Medicine.

“How many of the patients that visit the hospital speak English with the doctors? UFP will not tolerate that. English will be a preferable course because it is somebody’s language.”

Nana Agyenim said this in an interview with the Ghana News Agency, while stating the policies of the UFP ahead of the general election.
It was as a result of the barrier created by the English Language, that there is deficit in the number of medical practitioners in the healthcare system, he said.

“If a Medical student is a Frafra, he must get medical books in frafra to read and after school, he can go to his hometown to deliver healthcare to his people,” Nana Agyenim added.

The flagbearer also spoke against the poor supervision and monitoring of the operations of healthcare workers, saying it affected the effectiveness of the healthcare delivery.

“We are in a country where a Doctor feels he is doing you a favour when you go to him for healthcare. “As a result of poor or no monitoring and supervision, doctors and other health professionals sleep on duty but go to their locum facilities or private facilities and work hard without sleeping.”

Speaking about corruption, Nana Agyenim said Ghana needed a leader who was prepared to work on the ground to ensure strict supervision and evaluation of his subordinates.

“When given the chance in this election, I will be President on the ground, not in the office. I won’t be an armchair President, so that I cannot be deceived,” he said.

The flagbearer said family and friends bred corruption, hence a nation required a disciplined leader to control corruption.
“If I become a President and even my mother errs, the law will deal with her. Because once I become the President, I am the father of the nation and I don’t have a different mother, father or child.”

In the area of Sanitation, the UFP would promote education to deter citizens from littering the environment and provide citizens with the right amenities and equipment to maintain proper environmental hygiene.

This, Nana Agyenim said, was the only way the government could have the moral right to blame and sanction citizens who flouted sanitation rules or orders.

The Agriculture Sector under a UFP-led government, he said, would have Board for all cash crops including cereals, vegetables, and tubers among others just as the cocoa sector has Cocoa Board, to regulate their production and ensure that farmers who produced such crops were supported.

Nana Agyenim said the nation could produce one of the best oils from corn and use the end product for poultry feed.The UFP also aims at creating consortiums to deal with post-harvest loss of farmers by purchasing the products from farmers directly and sending them into markets or producing other products from them.

It would also build facilities for farmers to store their produce for up to a year and over to develop the sector.
The UFP was formed officially on August 11, 2012 after Nana Agyenim Boateng, who was a member of the New Patriotic Party left as a result of some conflicting views he had with the Party.

The symbol of the UFP is a ‘key’ that symbolizes the access to all doors of goodness and prosperity.

Its colours are ‘red’, which means the forefathers of the nation toiled with their blood to save the nation, ‘white’ that connotes the ‘clean heart’ of the UFP to fight for its motherland Ghana, and ‘black’, which tells that the black man is capable of ruling his affairs and fostering growth with good leadership without seeking external support.

Nana Agyenim is a businessman, a farmer and has a PhD in Political Science. He is a family man with 10 children.