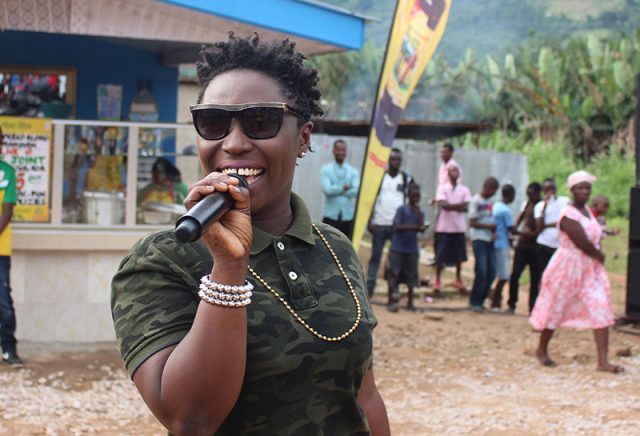 The Genius Selection produced masterpiece is said to be the kind of song most people will see themselves in and will narrate the crucial matters relating to LOVE.

Eno and Kesse told a very beautiful love story outlining some of the confusing processes most lovers had to go through.

According to her management, Eno and Kesse synchronized perfectly on this song giving the story a real picture that dives straight into your heart, And guess what, she didn?t only rap this time around, she did some melodious singing as well

With her hits singles like ?Drive Me Crazy?, ?Maka (I Said It) released recently, Eno who is also described as one of the most consistent female artistes in Ghana has promised yet another massive hit and a potential award winning song.

Prior to this new song, she was on Ghana?s all female cipher, produced by Mix Masta Garzy and also Dj Black?s Real MC which also had the likes of Stonebwoy and Obibini on it.