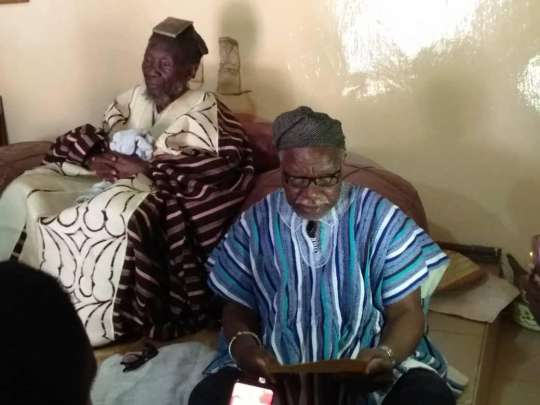 Naa Bohugu Mahami Abdulai Sheriga, Overlord (Nayiri) of the Mamprugu Traditional Area, has suspended the enskinments of chiefs in the Mamprugu Kingdom saying this is due to the incidence of COVID-19 cases in the country.

The enskinments of chiefs attract large gatherings and this can be fertile grounds for the spread of the disease, hence the ban on them in the area until further notice.

Naa Abdulai Sheriga, who announced the ban at a press briefing at his palace in Nalerigu on Thursday, endorsed the President’s directives to contain the disease and urged all to obey them.

The Nayiri, in line with the President’s directives, also banned all public gatherings including religious activities, weddings and outdoorings, group hunting, political rallies and birthday parties amongst others in the area.

He said “All funerals are suspended except for burials, which should not exceed 25 persons.”
The Overlord said “All sons and daughters returning from abroad or any other locations must subject themselves to the Ministry of Health’s guidelines on COVID-19 to halt the spread”.

He urged the North East Regional Security Council to deal ruthlessly with any individual or group of persons, who would flout the directives.