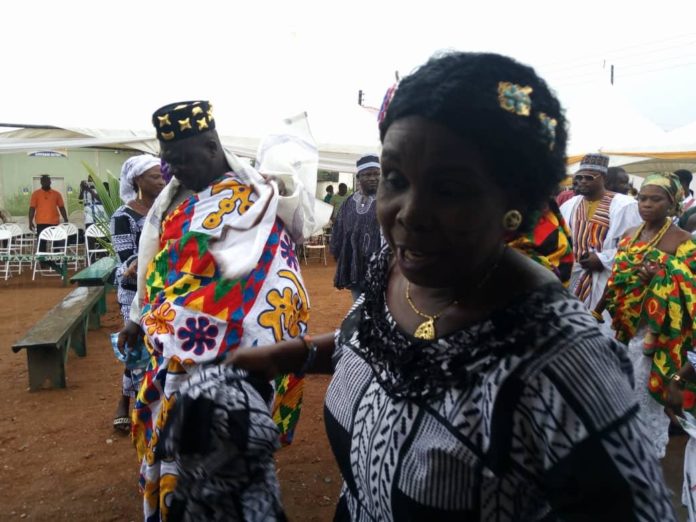 Torgbui Agah Semaglo, the Ewe Chief of Sarpeiman- Faase in the Ga-West Municipal Assembly has called on chiefs and community leaders to ensure peace in their communities during the upcoming elections.

He said as leaders, it was their task to help maintain law and order for society to thrive at all times, including “the elections period”.

“As traditional leaders, we are not only custodians of our lands but we are to ensure the development of our people, and without peace there will be no development,” he added.

Torgbui Semaglo, made the call during the celebration of his tenth anniversary as the Ewe chief of Sarpeiman- Faase, in Accra.

The anniversary celebration was commemorated with a three-day event which started with a clean-up exercise and climaxed with a grand durbar in his honour for his dedication, commitment and hard work towards the development of the community.

The celebration was on the theme:”Peace and Unity, a tool for progress and development.”

Torgbui Semaglo I said it was his responsibility as the Ewe Chief of Sarpeiman to support the people of his community and as such he had provided some basic amenities for them including three boreholes and a twelve-seater water closet toilet facility.

He said he would also provide scholarship for local brilliant students to access University education.

He urged the youth to take their education serious. He said “with education being one of my priorities, I have distributed 5,000 exercise books, pens, chalks among others to Sarpeiman primary and Junior High School, Amasaman primary and Kutunse primary.”

Torgbui Semaglo I pledged to complete to all the projects he has started in the community, as well as to provide financial support to alleviate the suffering of local women and children.