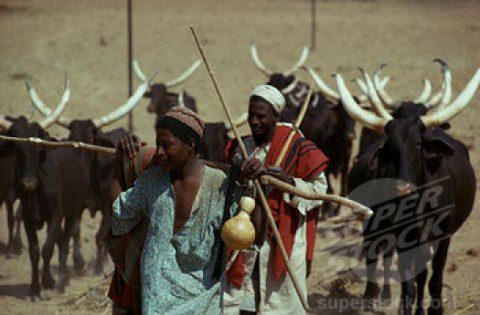 The House of Representatives? Committee on Climate Change on Monday blamed the Federal Ministry of Environment for the continued clashes between the Fulani cattle herdsmen and farmers across the country, saying that the ministry?s inability to clearly map out grazing areas is responsible for the incessant clashes between the two groups.

This is even as the committee also expressed its unhappiness that the ministry has failed in its responsibility to educate Nigerians on climate change, and subsequently berated the permanent secretary, Mr. Taiwo Haruna, for his incompetence.

Addressing officials of the ministry?s Department of Climate Change (DCC) during the 2014 budget defence of the department, Hon. Eziuche Ubani, chairman, expressed concerns that lack of controlled grazing fields has prompted the herdsmen to make inroads into most villages where their cattle destroy people?s farms.

Expressing dissatisfaction with the poor handling of many environmental cases such as deforestation by the ministry, the lawmaker said that the committee can only provide assistance when the ministry showed clarity of purpose in its projects and programmes.

?If clearly you know what you need to do, we will assist you. If there is no project, money will not come there. You don?t have clear leadership in the ministry. It is in your hands to do (what is expected to be done). You have not been able to convince anybody that climate change is a national issue. (There are) so many things to do, and if you don?t show clarity of purpose, nobody will take money there. We don?t have so much enthusiasm with the kinds of things you do as a ministry,? Ubani said.

Ubani, who observed that the Fulani-farmers? crisis is being fuelled by the worsening climate change, decried the inadequate budgetary provision for the department in the recent past.

He said that the nexus between climate change and sectarian crisis are beginning to emerge adding that the failure of government to give priority attention to the issue of global warming was affecting the nation negatively.

?The nexus between climate change and some conflicts in the country is emerging. And if I may borrow from the Benue State governor, Hon. Gabriel Suswam, who recently cried out to the Federal Government to come to the aid of the state in the latest fight between farmers and Fulani herdsmen, you will agree that climate change is one of the causes.

?Because there is lack of rain in the northern part of the country, the herdsmen travel down to the North central states and southern states to look for grazing fields and in the process, they confront the farmers. So, this is climate change,? Ubani stated.

He said the government must begin to give due attention to the climate change issue to tackle its attendant problems.

?It is very sad that climate change seems not to be a priority here. The budget keeps dwindling and nobody is talking about it,? he lamented.

Earlier in his presentation, Haruna, who represented the minister, Mrs. Lawrencia Laraba Mallam, hinted that only a paltry sum of N161 million was released from the parent ministry?s 2013 budget to battle climate change.

Pointing out that there were ten projects domiciled in the department with a budget of N240 million during the year, Haruna said that despite the release of only N161 million, the department was able to attain 70 percent implementation of the budget.

He complained that the department has not been able to meet up its international obligation due to paucity of funds.

?We could not participate in COOP-19; and we could not even meet up our international obligations because of lack of funds. That is the challenge we are facing,? he stated.

Expatiating on the 2014 budget proposal, Haruna said that only N250 million has been earmarked for the department, leaving a marginal increase of N10 million.