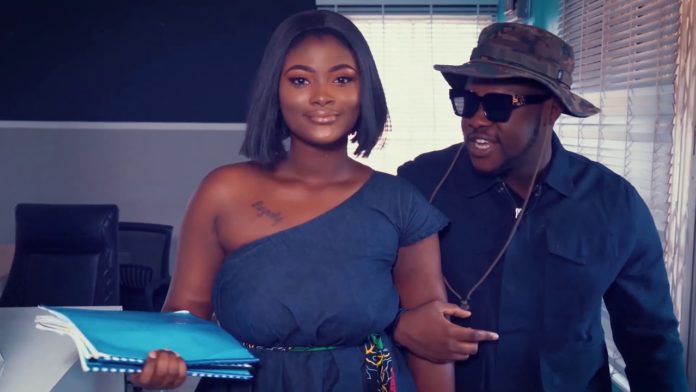 The song which was produced by Ephraim and mixed by Datbeat God narrated a love story which tells how one can be head over heels with someone and share love equally amongst each other.

In this new banger, Epixode expressed his love to his lover and how he was unable to get over her.

He sang to his lover that his heart is big enough to share hence they should share their love equally. This denotes the title of the song, p3p33p3.

“Oh baby I cannot tell how much I love you. Baby oo, baby, do not fear my heart is big enough to share.”

Adding his rap skills, Medikal also sang to his lover that they should share their love equally and desist from listening to the criticms of others.

He added that their love would yield positive results when they act accordingly. P3p33p3 is a song from Epixode’s released album titled ‘Trinity’.

The song is already making waves on social media with over 2,600 views on YouTube after the release of its video in a day.

Epixode won his first international award when he was crowned Africa’s most promising act at the African Youth Choice Awards 2015 edition which was held in Nigeria.

Below is the video link to his new song: